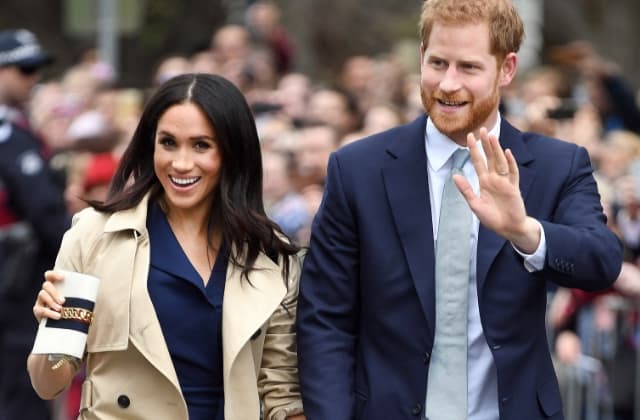 Having Meghan Markle wear one of your pieces is a business blessing, as many Australian designers have discovered this week...

As we all well know, the Duke and Duchess of Sussex are on their royal tour of Australia, Fiji and Tonga at the moment. The pair has just hit the halfway mark although Meghan has had a serious sartorial impact in the first eight days. The newest Duchess has sported a range of Australian designers in the first days of the trip and, according to WWD, it’s meant big business for the labels she’s chosen to wear.

Karen Gee, the designer who was responsible for the white sleeveless midi dress the Duchess wore on her first day in Australia (to show off her baby bump, no less), had her site crash multiple times over the following days due to increased interest. Martin Grant, whose pieces Meghan has worn twice (the beige trench coat she sported on the first day and then again the next, as well as the striped maxi dress she wore to Bondi Beach), also told the site that 10 international stockists have increased their orders as a direct result of Meghan wearing his clothes. Dion Lee had such an overwhelming response after Meghan wore his Folded Sail Dress in Melbourne (his website also crashed) that he decided to make the dress available for pre-order as part of his Resort 2019 collection and within one day the designer “sold more than 250 units of the AUD$1,290 dress with his team still responding to some 600 inquiries,” reports WWD. That’s a whopping Dhs835,000 generated in just one day. Finally, Outland Denim, the brand that made the jeans Meghan wore with her Serena Williams blazer in Dubbo, had “a 1,000 per cent spike in website traffic in the first 48 hours, with an ongoing 375 per cent increase in daily sales across the site.” Furthermore, “the surge has resulted in the employment of at least 15 new seamstresses in Cambodia” where the pieces are made by women who have been rescued from human trafficking.

See all of Meghan’s royal tour looks so far here…

It’s a well-known fact that whatever Meghan or Kate wears will almost immediately sell-out, giving businesses a priceless boost. For some, it can prove to be too much pressure to be thrust so immediately into the limelight but for many it’s a catapult to international stardom. And with eight days still left in the trip, there’s still plenty of website crashing opportunities and we’re certain local brands are crossing their fingers they’re one of the lucky chosen few.

Now, find out which French brand is going into voluntary liquidation in order to relaunch as a sustainable business.