Back at it
October 23, 2018
Maddison Glendinning 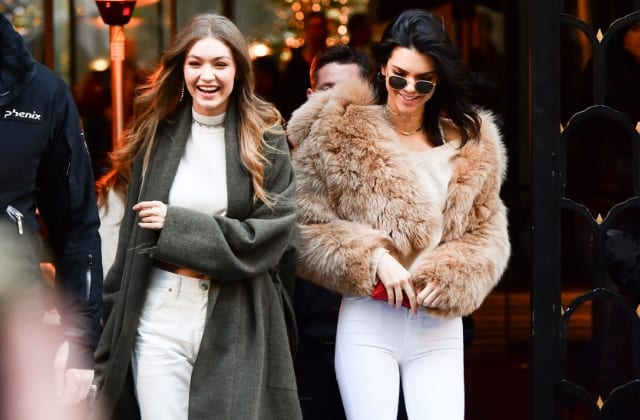 Two more names have been added to the roster of women walking in this year's Victoria's Secret Fashion Show and they're pretty major...

Last year, two major faces were missing from the Victoria’s Secret runway in Shanghai. The first was Kendall Jenner, who reportedly missed the show due to contractual conflicts seeing as she was the face of La Perla lingerie at the time, and the second was Kendall’s best friend Gigi Hadid who was denied a visa to the country.

This year, Victoria’s Secret is gearing up to host its 2018 extravaganza back in New York City and it appears that both Kendall and Gigi will star in the event. Neither of the models have confirmed the news themselves yet, however shoe designer Brian Atwood — who is designing the footwear for this year’s show — let it slip overnight on Instagram.

The designer posted a photo of Kendall with the caption, “Can’t wait to see this beauty strutting in my shoes for the @victoriassecret fashion show…. less than a month away!” as well as an image of Gigi with a caption that read, “Less than 1 month away! Let’s do this @gigihadid @victoriassecret. Can’t wait to show you what we have done for the show.”

The news comes after Victoria’s Secret Angel Candice Swanepoel posted a video of herself working out with “Angel trainer” Justin Gelband, confirming she will make her return to the runway this year following the birth of her second son Ariel just five months ago. Swanepoel opened the show in Shanghai last year whilst pregnant with her son, though it was unknown publicly at the time.

Until then, see which global makeup brand has been named as the exclusive sponsor for this year’s event.