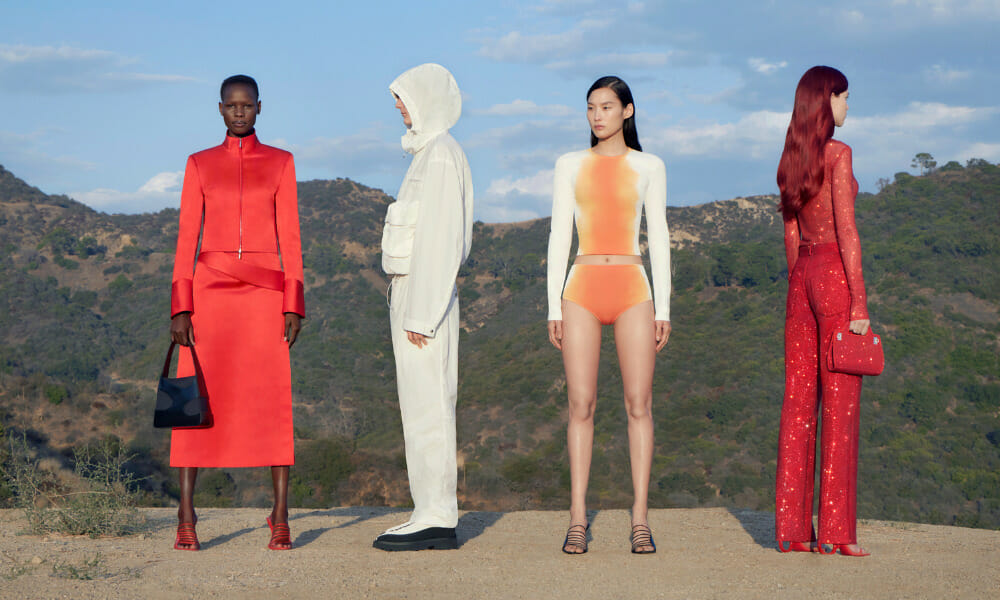 We may be well into the autumnal season, but Ferragamo is already thinking of Spring/Summer '23 by giving us a tease of Maximilian Davis' debut collection...

During Milan Fashion Week, there was a new beginning at the Ferragamo show. Maximilian Davis’ new appointment as Creative Director was one to look forward to and he solidified his role at Ferragamo by rebranding, as well as introducing an iconic hue: rust red. The collection itself was an impressive one too, with a fresh perspective on heritage codes translated through a new, youthful language focusing on languid elegance and modern glamour.

“I wanted to pay tribute to Salvatore’s start by bringing in the culture of Hollywood – but new Hollywood. Its ease and sensuality; its sunset and sunrise,” says the creative lead on the Spring/Summer ’23 collection.

And whilst we’re well into the autumnal season, Ferragamo already has its sights on our summer wardrobes. From November 4–30, you’ll be able to shop some key pieces from Maximilian Davis’ debut collection. Among the exclusive launches will be new Ferragamo handbags of this new chapter including Davis’ interpretation of the archival Wanda handbag, logo swimwear, key footwear styles and a dazzling red crystal embellished top and trousers – perfect for the festive season. “It relates to Ferragamo, to Hollywood, to the ocean – but also to me, and to my own DNA,” explains Davis. “I wanted to show that perspective, but now through the Ferragamo lens.”

The exclusive preview of the collection will be available in 17 Ferragamo stores worldwide including its store at The Dubai Mall.

For the full experience, the preview is available on Ferragamo.com and Farfetch.com from November 4–30, 2022.

ALSO READ: RICCARDO TISCI IS BACK SOONER THAN EXPECTED.