RICCARDO TISCI IS BACK SOONER THAN EXPECTED 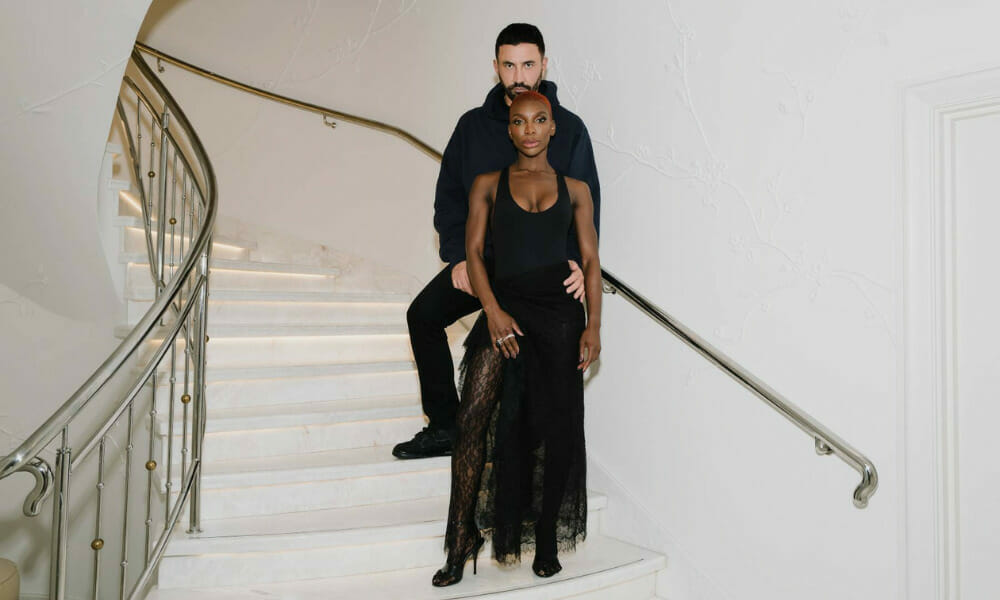 Could this be a tease of what to expect from the revival of his eponymous label? We hope so...

It was in 2018 when Riccardo Tisci entered a new creative role at Burberry and before that, he had an influential era at Givenchy where he went from a name-to-watch to a name-to-know. But did you know that prior to that, Tisci launched his eponymous line, which debuted way back in 2004.

Now, 17 years later, the creative force emerged back onto the scene to unveil the first design under that eponymous label. The Italian designer created a custom look for actress Michael Coel for the London premiere of her new film Black Panther: Wakanda Forever.

It’s the first move Tisci has made since he parted ways with Burberry earlier this year and for his comeback, he dressed the actress in an all-black matte stretch silk bodysuit with a lace skirt and tights.

Confirming the news via Instagram, the former Burberry Creative Director posted a caption that reads: “The first time I met Michaela, I immediately understood that she represents and expresses everything a woman means to me – freedom, beauty, a sense of adventure. So today, 17 years after I started my first label, Riccardo Tisci, Michaela and I decided to create a look that would celebrate our creativity and friendship, for the London premiere of her new film Black Panther: Wakanda Forever.“

Whilst we love seeing the light shine bright on Tisci, there are still no words yet if he plans to relaunch the brand in a more official capacity.

Until then, find out which major brand is set to make its official return to the runway in December.