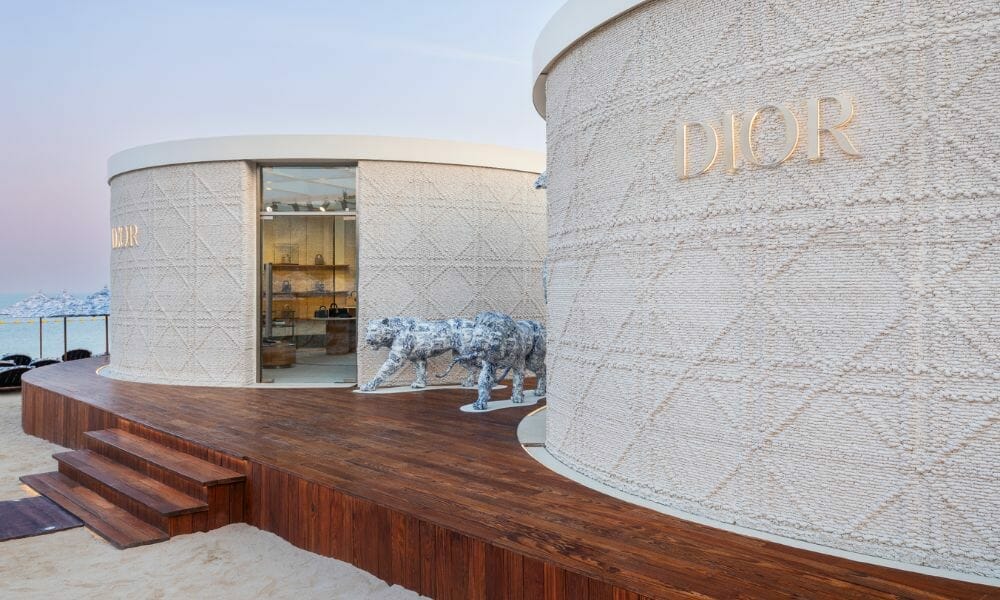 Lo and behold, Dior's latest retail move is currently booming in the emirate...

In Dubai, we’re spoiled for choice when it comes to culinary offerings and if you’ve been here long enough, you’ll know that one of the city’s go-to restaurants is Nammos, located at Four Seasons Resort at Jumeirah beach. Inviting you to days and nights of Mediterranean glamour and good food, you’ll also be able to experience an exceptional retail journey with Dior.

For its second season running, Dior has opened the doors to its pop-up in Nammos and its innovative spaces are just as pretty as the collections up on offer.

A unique Dior installation composed of two circular modules – which were crafted in 2021 using natural materials such as clay, sand and organic fibers ­– houses a fascinating architectural interplay, the carnage motif (a key House fundamental) and a pop-up store for the second year running.

As to what’s on the shelves? Well, Dior’s Cruise 2023 collection imagined by Maria Grazia Chiuri is on display including skirts, dresses and marinières in addition to emblematic accessories imbued with the Andalusian inspirations of the show. Also, there’ll be a selection of original new pieces to celebrate this sunny destination, and will be exclusively available at Nammos.

Whilst we’re obsessed with Dior’s Cruise 2023 collection, its signatures are translated further onto the restaurant and the beach which are adorned in toile de Jouy, an iconic Dior code.

The Dior unique pop-up located at Nammos Dubai is open to the public until May 15, 2023.