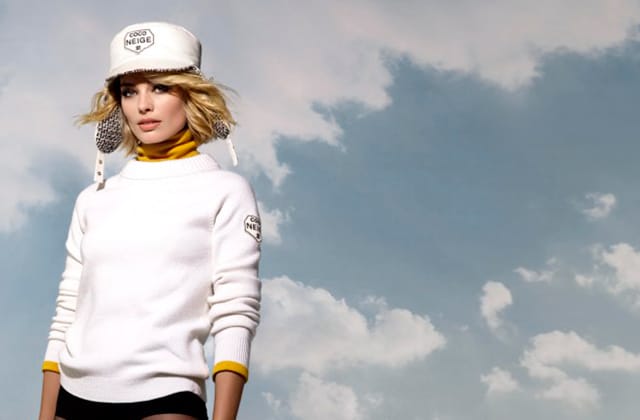 Chanel's newest ambassador just stepped in front of the lens for her first campaign for the luxury label. Take a look here...

It seems like there’s no slowing down for Margot Robbie any time soon. Already off to a stellar start this year with a slew of award nominations, red carpet moments, movies releases and new partnerships under her belt, the Australian actress can now add another role to her portfolio.

The I, Tonya actress was not in New York for the Met Gala earlier this morning but rather in France for the Cannes Film Festival. Just days ago, Chanel’s newest brand ambassador was spotted sitting front row at Karl Lagerfeld’s Cruise ’19 show at the Grand Palais (marking the first time she has attended a show since being announced as the newest face of the brand).

However, there was another reason for Robbie’s presence in France and it was to shoot her first campaign for the luxury French maison.

Selected to be the face of Chanel’s first Coco Neige collection (which is set to hit boutiques in July and August with its Fall/Winter ’18 ready-to-wear collections), Robbie was captured in front of the lens dressed in soft chunky sweaters, parkas and jackets.

Shot through the lens of King Karl himself, there’s around eight visuals of the Peter Rabbit actress, set to be released worldwide on June 10, 2018.

According to WWD, Robbie said: “One of the first things Karl Lagerfeld said to me was that we never need to take ourselves too seriously. He has such a creative mind and he knows exactly what he wants and the minute he captured it, we were moving onto the next shot. It was amazing. This shoot was one of the greatest experiences of my career. The energy and vibe on set was so wonderful and collaborative.”