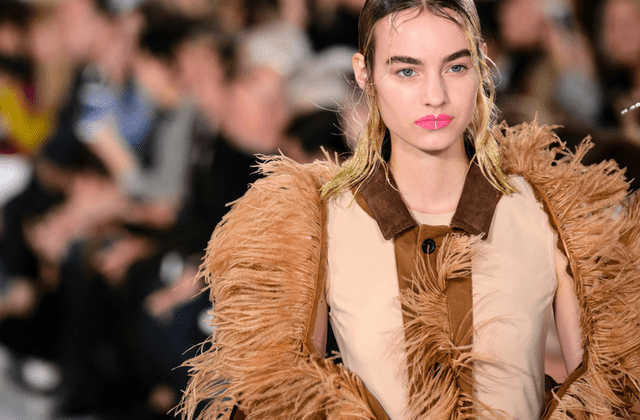 John Galliano is the latest designer to speak out against the use of fur in fashion. See what he had to say below...

It’s official: using fur is out of fashion. Well, at least according to some of the world’s biggest brands it is. Michael Kors, Furla, Versace, Gucci and Net-a-Porter are just a handful of the top tier labels that have publicly announced they will no longer use fur in their collections (or sell items made from it in the case of Net-a-Porter). Now, another designer has joined them.

John Galliano has announced that he will no longer use fur in his collections for Maison Margiela. And the way in which he announced the news is typically fabulous.

Speaking with French Elle, Galliano described meeting Dan Mathews, the Vice President of PETA in the US, whilst holidaying in St Tropez with Penélope Cruz. As you do.

He said Dan’s head popped out of the water “like in Jaws — it was very frightening!” The pair then began to chat about their differing views on the use of fur with Galliano explaining that he found fur to have “a frivolous sense of debauchery.” However, Mathews countered this explanation, saying, “You can be outrageous and fun without fur! Come and party with us, you’ll see!” Mathews then explained to the magazine that “it takes 100 chinchillas to make a coat. They are killed in China where the regulations are very weak. It’s a blood bath…their living conditions are abominable.”

Galliano’s design to take Margiela fur-free was also a result of his recent switch to vegetarianism. When asked what defines luxury today (considering fur is no longer associated with the phrase in most circles), the designer responded, “It’s authenticity. And inventiveness. Today we don’t want a product, we want ethics, a firm that defends the values that we admire.”

Looking to shop sustainably moving forward? See our edit of six of the top ethically conscious brands to add to your cart now.