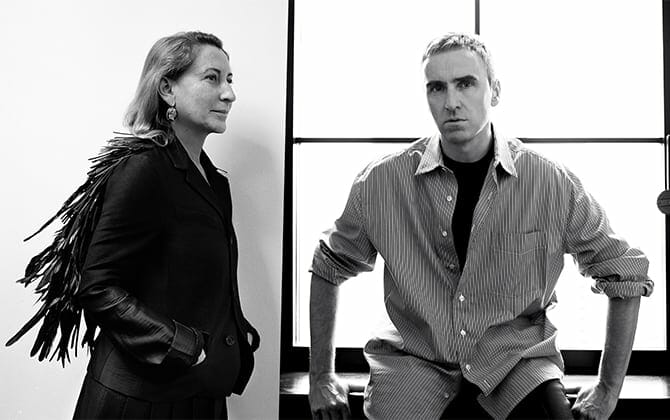 The rumours can finally be put to rest as Prada confirms Raf Simons' appointment as Co-Creative Director...

In a time where we’re all currently glued to our social media feeds to see the best of what comes out of Milan for Fashion Week (Prada’s latest Fall/Winter ’20 collection included), more good news has emerged from the Italian city.

Earlier this year, rumours swirled the fashion industry that the Belgian designer might be heading to the Prada Group, and we’ve been in frenzy ever since trying to figure out just how true the robust suggestion might be. And now it is. Here’s what his role will consist of…

Simons will be working in partnership with Miuccia Prada, with equal responsibilities for creative input and decision-making.

From April 2, Simons’ appointment will bring a new dialogue to Prada, “it can also be seen as the first step towards broader scopes of interaction —an initiation of free exchange and collaboration, a questioning of creative conventions,” the company said Sunday.

The first Prada collection designed by Miuccia Prada and Raf Simons will be for Spring/Summer ’21, set to be presented in Milan in September 2020. We cannot wait!