There was a major collaboration revealed too
May 29, 2018
Meeran Mekkaoui 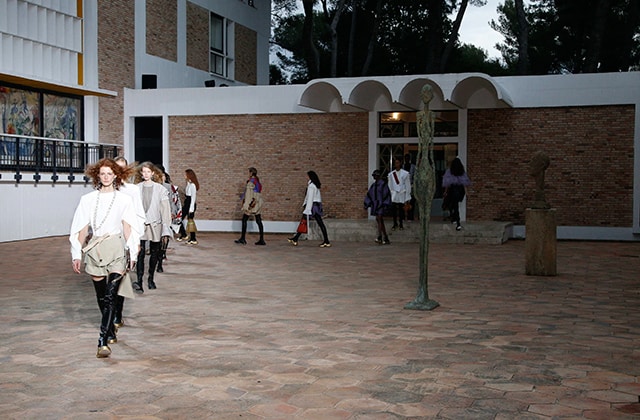 It’s been a good week for Louis Vuitton and Nicolas Ghesquière so far. Earlier in the week, the maison revealed that it had renewed its contract with the French fashion designer and overnight, he delivered a standout Cruise ’19 show. Here’s everything you need to know about the show…

Located in the village of Saint-Paul-de-Vence in France, Nicolas Ghesquière took the fash pack to the Marguerite and Aimé Maeght Foundation to witness the unveiling of his latest collection. With a runway setup that portrayed an artistic-like maze, the destination overlooked the Colline des Gardettes’ hilltop where fashion and art went hand in hand to create the atmosphere.

Speaking of the venue, Ghesquière said: “I’ve known this place for twenty-five years and I love coming here regularly. It has a beautiful family history, a particular story about passionate gallerists who, along with all the artists for whom they were both friends and patrons, invented an extraordinary place for artistic dialogue. You can see in these enduring works all their complicity and artistic flow. It’s an intelligent, beautiful site. A place that has spirit, installations have a special rapport with nature and the seasons.” 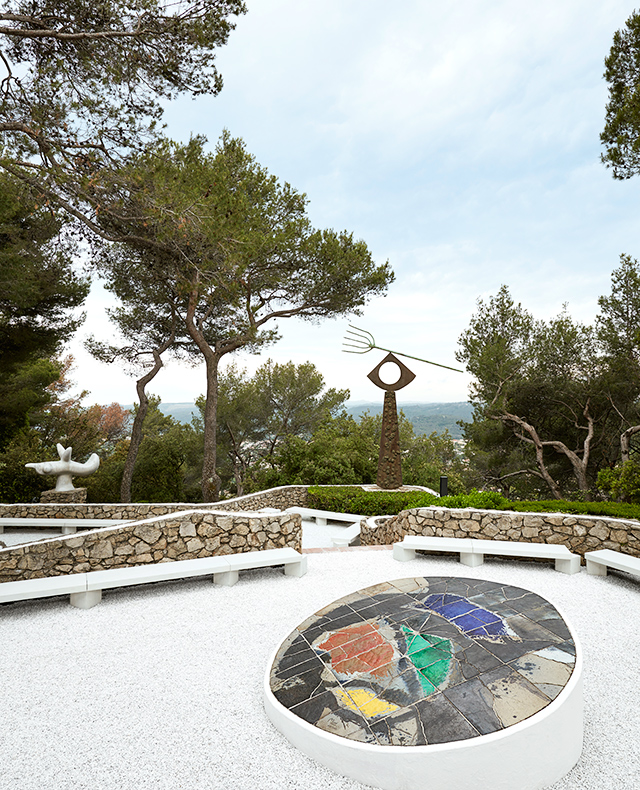 For his Cruise ’19 show, Ghesquière took inspiration from the Maeght family and his collection reflected “the bright originality of Aimé Maeght, the man who, as the Belgian artist Pierre Alechinsky said: ‘made dreams a reality’” the brand explained in a release.

The collection continued to showcase Ghesquière’s strong approach to dressing with structured shoulders, clean cuts and crisp silhouettes aplenty but there was also some relaxed fabrics and shapes this season. Plus there were hints of metallics, fun prints and embellishments for added drama.

Other than the beautiful ready-to-wear collection, all eyes were on the accessories. And with good reason, seeing as the luxury maison teamed up with the iconic Grace Coddington to create an exclusive capsule collection of accessories that were inspired by her imagination.

Speaking of the new collaboration, Coddington said: “My collaboration with Nicolas and his team at Louis Vuitton has been so much fun. I hope it will be a dream come true for Pumpkin, Blanket and Nicolas’ dog – it certainly is for me. It started with our love for animals, it’s where Nicolas and I really connect beyond fashion.”

Ghesquière’s Louis Vuitton crew turned out for the runway show in France and we spotted brand ambassadors Jennifer Connelly, Sienna Miller, Sophie Turner, Lea Seydoux, Ruth Negga and Emma Stone (who just released her debut campaign with the maison this Spring) in attendance.  Isabelle Huppert, Laura Harrier and Justin Theroux were there, too.