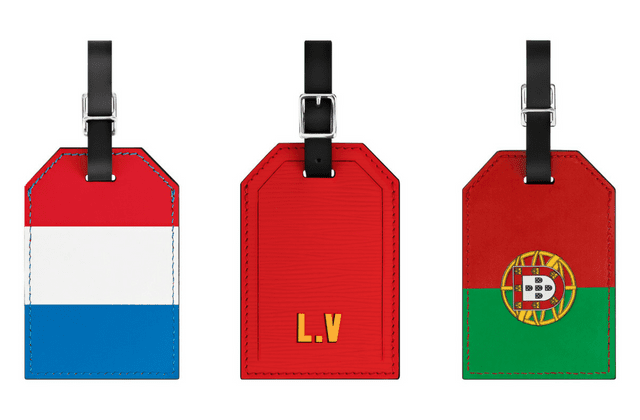 To celebrate the upcoming FIFA World Cup, Louis Vuitton has released an exclusive set of merchandise for the stylish sports fan...

The 2018 FIFA World Cup is right around the corner. Kicking off (literally…) in Moscow on June 14, it is one of the biggest sporting events of the year. And to celebrate, Louis Vuitton has released a range of limited edition pieces specifically for the occasion.

The collection marks the brand’s third partnership with FIFA, having also released collections for the South Africa and Brazil tournaments in 2010 and 2014 respectively. Once again this year, Louis Vuitton has designed the official trophy travel case which will house the cup trophy until its revelation at the first match on June 14 before being given to the winners following the final on July 15. 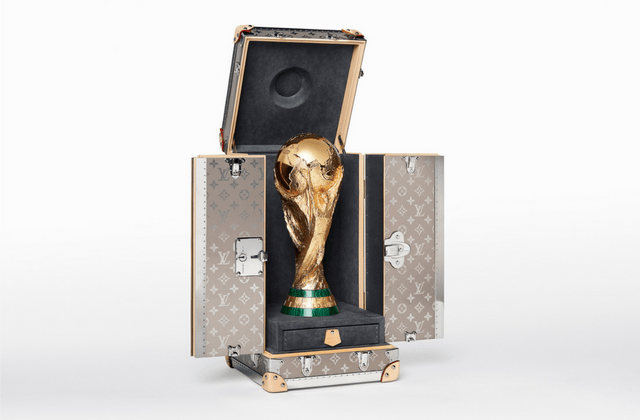 The brand has also created an official match ball collection trunk. The limited edition piece takes its inspirations from the house’s iconic trunks and houses 13 re-editions of the match balls (made by Adidas) used for the FIFA World Cup tournaments since 1970, as well as a special ball designed by Louis Vuitton. The trunk will be sold via a silent auction in Moscow with proceeds going to Natalia Vodianova‘s Naked Heart Foundation whilst the Louis Vuitton ball will be available to purchase separately. 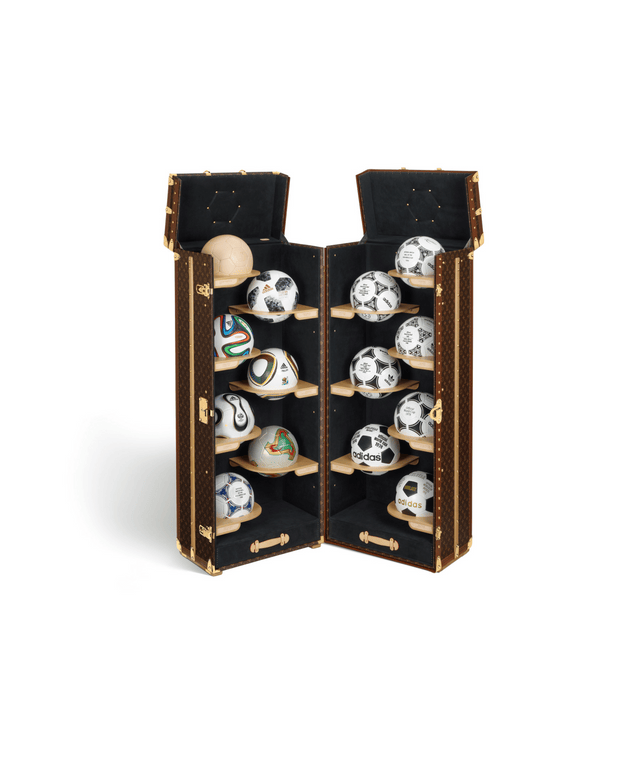 In addition to the trophy case and trunk, Louis Vuitton has also crafted a series of official merchandise pieces for purchase including exclusive versions of it Keepall and Apollo bags and small leather goods such as a coin purse, luggage tags and wallets. According to a release from the brand, the pieces all feature “a specially designed Louis Vuitton FIFA World Cup logo, while the initials ‘L.V’, in lettering first used on the personal trunks of Gaston-Louis Vuitton, are placed like a team badge.”  The pieces can also be customised “to create original and unique flag-inspired colours versions of the Keepall bags.”

Discover the pieces below…

The Louis Vuitton FIFA World Cup collection will be available in store from June 14.