And it's in colour this time around
December 9, 2018
Maddison Glendinning 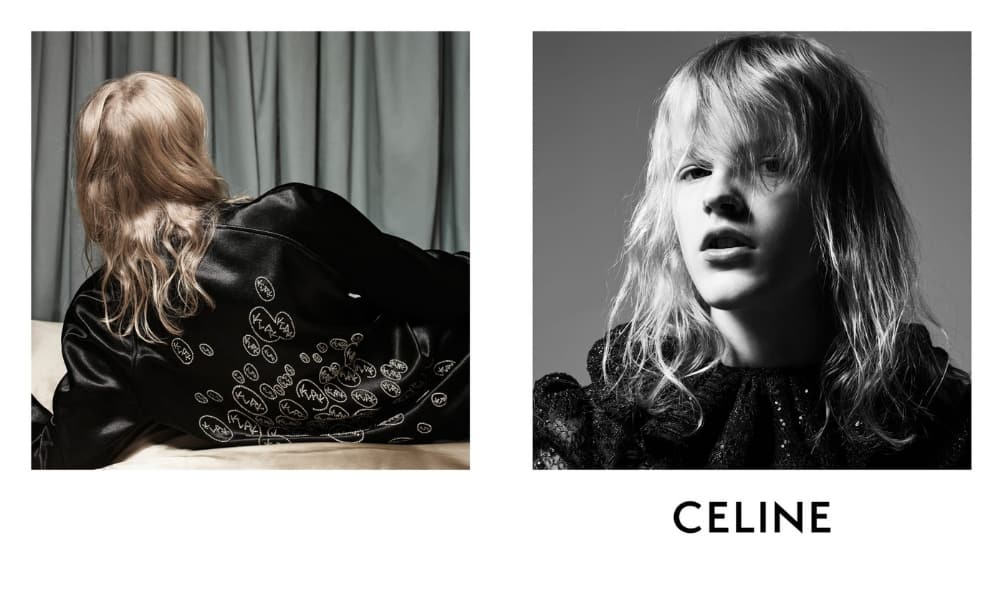 Since taking the helm at Celine earlier this year, Hedi Slimane has implemented a very rock’n’roll aesthetic to the French house, particularly through his use of monochrome visuals.

Two weeks ago, the designer released his first menswear campaign and has now followed suit with his first womenswear campaign for the label. As with the men’s, the campaign was shot by Slimane himself however this time around, there are images in colour alongside the

The S/S ’19 campaign features two models who were shot in London wearing pieces from the designer’s debut collection (which is due to hit stores in February 2019).

The red sequin mini dress pictured in the campaign is the same one worn by Dakota Johnson on the red carpet a few months back — the first time the designer’s new designs had been worn to such an event.

See the images below…

Now, find out when you will see Hedi’s first full menswear collection for Celine.