The exact date is yet to be confirmed...
November 19, 2018
Meeran Mekkaoui 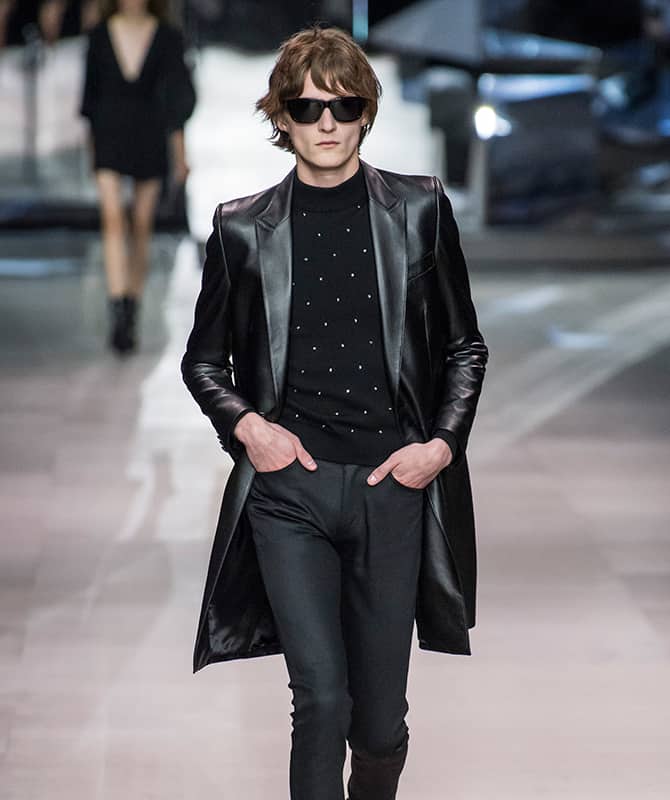 It seems like Hedi Slimane is taking Celine's menswear department seriously as he's about to stage a show exclusively for menswear...

Hedi Slimane will be releasing a full menswear collection for Celine during the next season of Men’s Fashion Week in Paris.

The decision follows Slimane’s debut collection show which featured a co-ed lineup that highlighted the new womenswear collection, as well as a sneak-peek of Celine’s first-ever menswear collection at one of the city’s most symbolic buildings, the Hôtel des Invalides.

Not only will this mark Celine’s first ever fashion show dedicated to menswear but it will also mark the first exclusively menswear collection by the French fashion designer in three years.

Previously, Slimane used to mix both collections at menswear shows whilst he was the head of YSL.

No further details have been revealed. Make sure to watch this space.

In the meantime, take a look at Slimane’s first interview as the head of Celine.