Mark your calendars for September 24
May 25, 2018
Meeran Mekkaoui 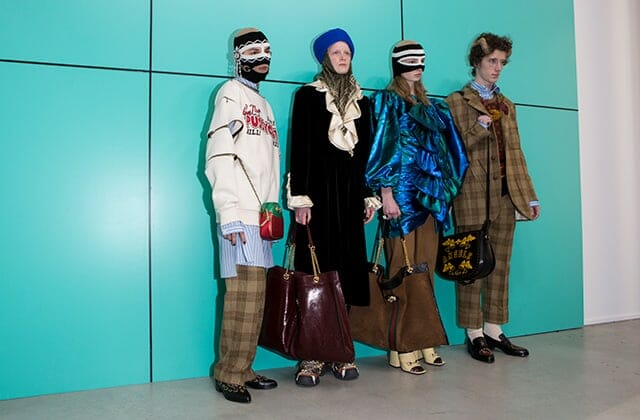 Gucci has just announced its decision for a one-show format this September. Here are the details...

With just days away from witnessing Alessandro Michele‘s Cruise ’19 collection unfold on the runway at the Alyscamps Roman Necropolis in Arles, France, Gucci has finally announced the final step in its three-part homage to France.

The Italian maison is shifting from the Milan schedule to Paris Fashion Week for one season only, this September. Perhaps the perfect way to end the French streak, the luxury fashion house will present its Spring/Summer ’19 collection in the French capital on September 24.

Michele’s homage to France first began with his Pre-Fall ’18 advertising campaign, which was inspired by the spring of student awakening in Paris in 1968.

Speaking to WWD of the change, Marco Bizzarri, President and Chief Executive Officer of Gucci, said: “Gucci is a global brand with deep and vibrant Italian roots and a visionary French shareholder, Kering. When Alessandro told me of his desire to present the new collection in Paris – continuing the French-inspired narrative – I thought it was a perfect way to continue the creative homage to France.”

The show in Paris will take place on September 24, however, Gucci will stage a special event at the Gucci Hub during Milan Fashion Week on September 19.

Now, find out who is Gucci’s muse for its new watch and jewellery campaign.