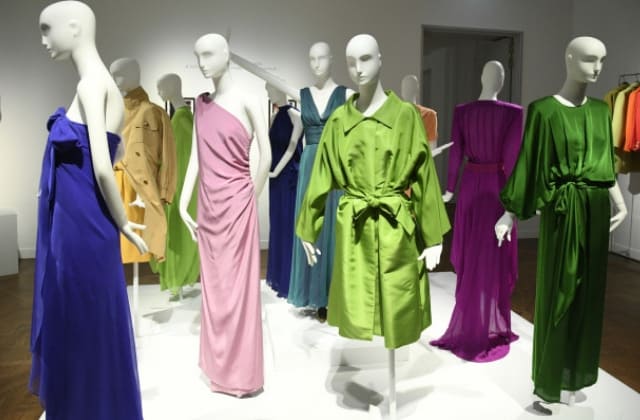 Catherine Deneuve's couture collection of Yves Saint Laurent pieces were auctioned at Christie's Paris on the weekend and raked in a pretty incredible Dhs3.6million...

It’s been a very memorable January for the fashion industry so far. We’ve had Paris Men’s Fashion Week and Paris Haute Couture Fashion Week as well as the street style bunch giving us lots of inspo. Now across the weekend, Christie’s Paris held a huge sale of Catherine Deneuve‘s Yves Saint Laurent pieces which raised more than Dhs3.6million (USD$1million). No biggie…

Deneuve and Yves Saint Laurent were famously close from when they first met in 1965 when she quickly became his muse, wearing his pieces for over 40 years until his death in 2008. So Deneuve wanted to pass on her love for him to others by auctioning her million-dirham wardrobe.

The auction house said “the interest in the sale was so strong that 90 per cent of the 129 lots sold for multiple times above their pre-sale estimate, while the pre-sale exhibition held during Paris Couture Week drew 4,500 visitors,” according to WWD.

In a statement, Deneuve said, “I would like to thank Christie’s for the beautiful catalogue and the fact they paid tribute to YSL’s talent by presenting his creations in such an exquisite way at the preview, attended by thousands of people. I sincerely hope that the new owners will enjoy these pieces of couture as much as I did.”

And if you want some pre-loved Yves Saint Laurent in your life, online bidding for a further 140 items remains open until midnight on January 30 on Christies.com