An insight into the designer's last moments...
November 14, 2018
Meeran Mekkaoui 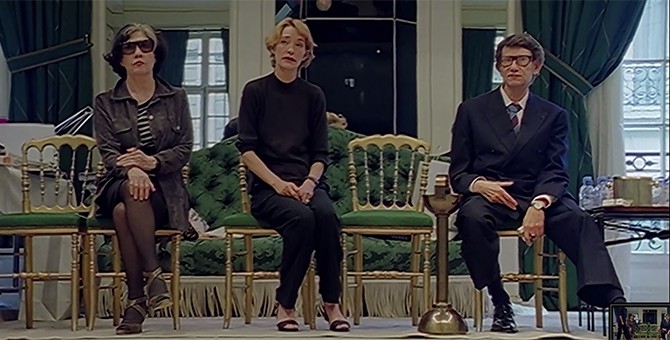 The ban of one of the most anticipated documentary releases has finally been lifted...

This year, in particular, we’ve seen a string of fashion designers highlighted in biopic releases including Vivienne Westwood and Alexander McQueen. However there is one documentary that has been in the making for some time and is now finally making its international debut.

From 1998-2001, Yves Saint Laurent was the subject of a documentary called Celebration, which celebrates the fashion designer’s final moments in his career before his departure from his eponymous label in 2002.

The film highlights the designer’s creative process, his day-to-day activities in the couture house, fashion shows and intimate moments, too.

However, the documentary was never released as Co-founder Pierre Bergé (who sadly passed away just last year) banned the release of the film. It was screened at the 57th Berlinale film festival in 2007 but was not permitted for wider release. In 2015, Bergé dropped the ban.

The documentary had to be reworked, given the film on which it was shot, and now three years later it officially hits screens in France today. There is no word on whether the film will be available outside of the country as yet — watch this space.

In the meantime, take a look at where you can get your hands on Catherine Deneuve‘s Yves Saint Laurent-filled wardrobe.