And it sounds like it’s going to be a showstopper
March 19, 2018
Maddison Glendinning 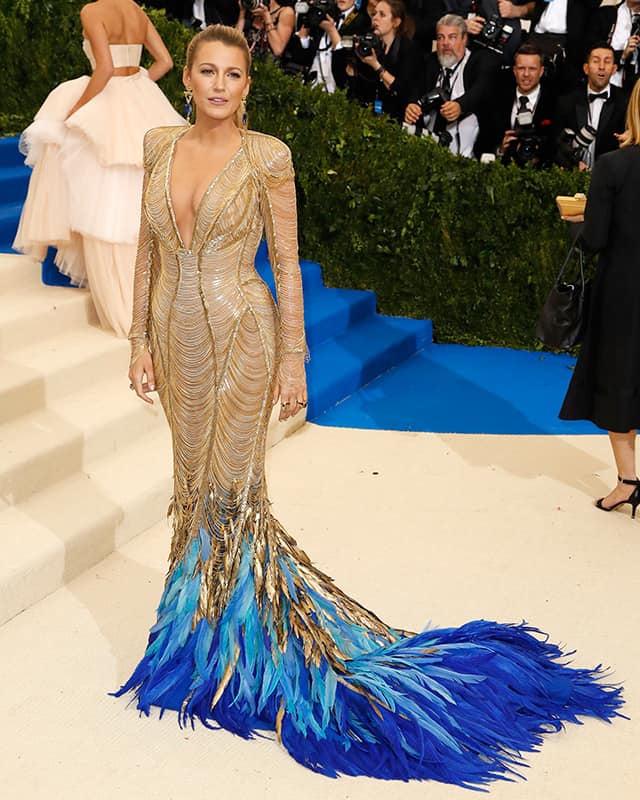 The 2018 Met Gala is less than two months away and one actress is already putting the final touches on her outfit...

The Met Gala is one of the biggest events on the fashion calendar. Often referred to as the Super Bowl of fashion, the Gala event brings out the biggest and most stylish names in the industry together to celebrate the museum’s newest exhibition. Well, those fortunate enough to be invited, of course.

One of the recurring faces on the carpet year after year (she made her debut in 2010) is Blake Lively. The All I See Is You actress always nails her look and it sounds like this year will be no different.

According to E! News, the actress’ dress is currently under construction and has already taken 600 hours to make. It is unknown which designer has been charged with making the dress for this year’s Gala, but Blake (who donned Atelier Versace at last year’s event) has revealed those looking after her accessories.

Speaking with WWD, she said, “I just sent Lorraine Schwartz and Christian Louboutin my dress, and said, ‘Ok let’s do something special.’ They’re making something custom for it. So it’s kind of nice, because I have a bunch of artists around me who I have direct relationships with. It’s sort of a group effort with that. I rely on people who do that for a living rather than outsourcing it to someone else.”

The theme for this year’s Met Gala is ‘Heavenly Bodies: Fashion and the Catholic Imagination’ and the Gala will take place on May 7.

Now, find out what Donatella Versace had to say about her decision to take her brand fur-free.