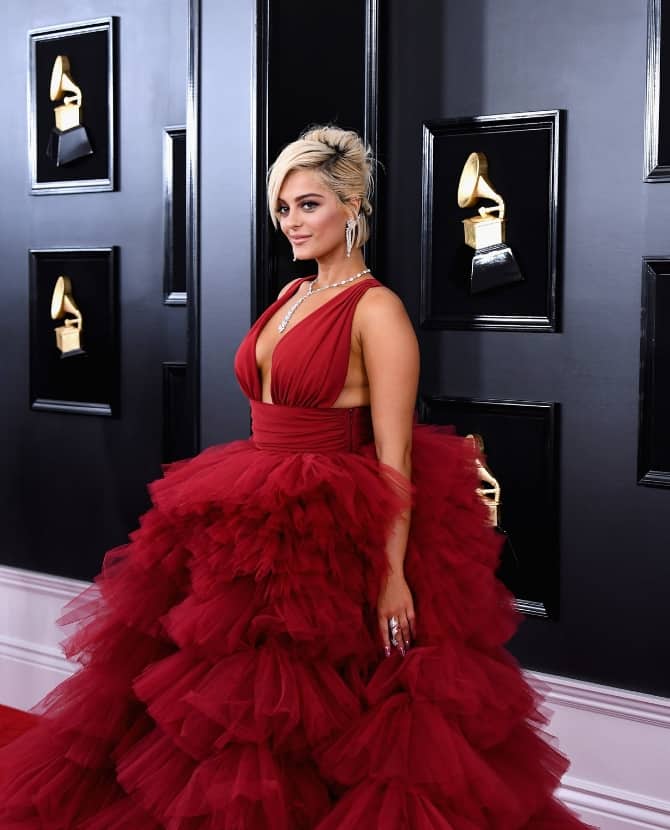 The 2019 Grammys saw a lot of star power on the red carpet. But it was pop star Bebe Rexha (nominated for two Grammys) who got everyone talking. Here's why...

The 2019 Grammy Awards, the biggest night in the music industry took place earlier this morning in Los Angeles. And it’s the awards ceremony in the world of celebrity where the stars unleash their inner magpie and really go bold in their style choices more than any other event.  And this year was no exception.

As far as being daring goes, pop star Bebe Rexha stood out for both her style choice and the messaging behind it.

So, Rexha voiced her frustration about the lack of dress choice for fuller-figured women for the red carpet. Because all she wants is for, “other girls to love their bodies” and was “really was really heartbroken and bummed out” that she had limited options.

However, she came out in a glorious crimson-hued frock by Bahraini designer Monsoori which she told Ryan Seacrest, made her feel like a princess.

It seems her open rant on size inclusivity got a lot of attention because according to The Daily Mail, Jeremy Scott, Christian Siriano and Karl Lagerfeld have all chimed in and given her a call. We don’t know what was said, as Rexha was fairly cryptic about it but we won’t be surprised if we see her wearing one of their designs in the future.

But we’re so glad it was a regional designer who saved the day and made her feel like the queen she is.