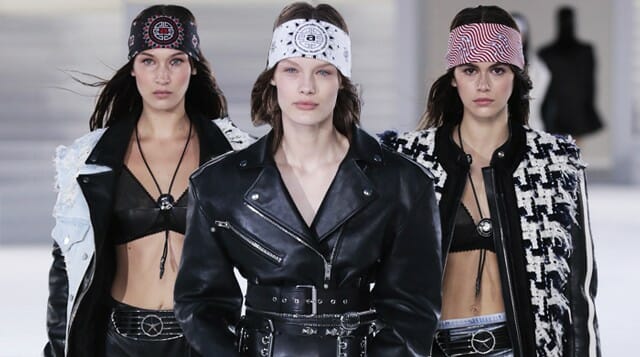 Alexander Wang held a runway show overnight and his edgy identity was captured in a new format. Discover more here...

Earlier this year, Alexander Wang announced that he was dropping out of the traditional New York Fashion Week format and instead would showcase all future collections in just two shows in June and December.

The surprising move put the American-Taiwanese designer in line with the pre-collection schedule and now, we’ve got the first glimpse of Wang’s new strategic product launch.

The show was described as “a new beginning, a new identity and a new day for my brand,” according to WWD. Featuring over 45 looks that merged streetwear and Wang’s signature rock’n’roll aesthetic, the co-ed lineup (which included Bella Hadid and Kaia Gerber) modeled oversized jackets in all shapes and forms, leather skirts, lace corsets, track pants and achingly cool accessories.