With a strong focus on sustainability
April 1, 2019
Georgie Bradley

Here's a brand that needs to sit firmly on your radar. Behold, Milan-based, Lebanese-birthed Darin Hachem – a label that sees a confluence of sustainability and multiculturalism...

It’s not hard to figure out why Darin Hachem has such a rich and open view of the world. The Lebanse-born designer was raised in Africa’s Gabon, attending a French school and thus was in contact with a plurality of cultures.

When it came to fielding her passion for fashion later in life, she was inevitably drawn to African cultures and wax traditional fabrics. But she initially honed another skillset before that at the American University of Beirut AUB with a BS Bachelor of Science degree in Biology. Then she followed on with a BA Bachelor of Arts in Fine Arts in 2010. It was then that her curious mind (born of her upbringing) took her towards the arts in full.

After 10 years in Lebanon, she moved to London where she studied fashion at the revered Central Saint Martins. And then she made the decisive step to travel to Milan and study at the Istituto Marangoni and graduated from the One Year Intensive Fashion Design Program in Womenswear, followed by a Master Degree in 2015. 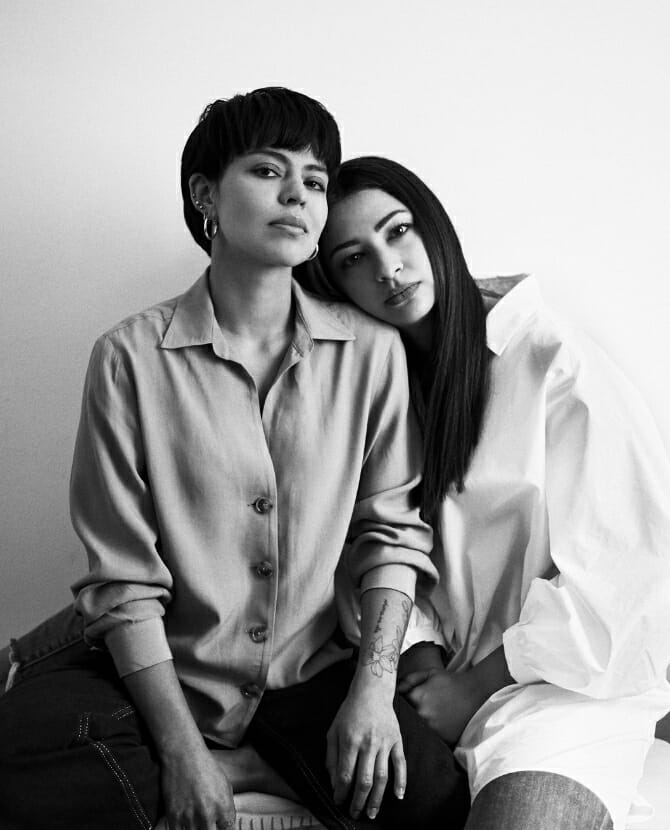 And now, Darin Hachem represents a very multicultural Middle Eastern statement in her namesake brand – where barriers between civilizations fade and influences mix. Alongside Hachem is Co-founder and Creative Director, Fernanda Gallardo, who was born and raised in Mexico and comes armed with a deep knowledge of hand loom weaving and the natural processes of dyeing. Gallardo brings to the table a conscious approach to ecological and sustainable manufacturing in modern fashion systems. Together, they make up two strong components of thoughtful and ethnically eclectic fashion.

Indeed, the S/S’19 collection manifests a wide breadth of cultural traditions, heritage and diverse textures. From Edward James’ surrealist architectures and gardens in ‘Las Pozas’ in Xilitla, Mexico, to the stylised existentialist works of Swiss sculptor Alberto Giacometti. From the poetic deep Southern atmosphere of The Daughters of the Dust the first movie directed by an African-America woman, Julie Dash, to ‘Inch worm’ knotted rope installations by Françoise Grossen.

Essentially, the pieces bring together notions of how we as human beings relate to each other, shown through asymmetric shapes with drapings enhancing feminine details in masculine structures. And, our favourite bit, this collection’s mood is emphasized by using natural fabrics like cottons, linens and silks.

Now, find out what Farfetch’s Chief Strategy Officer, Stephanie Phair, has to say about the future of e-fashion.