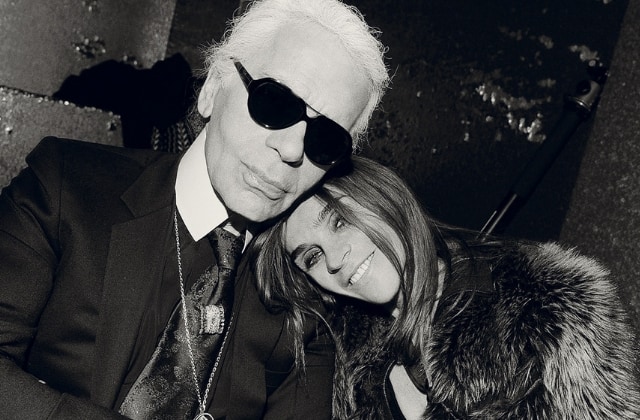 Carine Roitfeld has just been given a gig of a lifetime. She's the new Style Advisor for Karl Lagerfeld's namesake brand...

Karl Lagerfeld and Carine Roitfeld always had a soft spot for one another. Over the years the two fashion forces teamed up and made some pretty special styling projects happen –  including The Little Black Jacket: Chanel’s Classic Revisited in 2012.

And most recently, it was announced that Roitfeld would be a key collaborator for Lagerfeld’s eponymous brand, with a special ‘The Edit by Carine Roitfeld’ for the A/W’19 collection to be released this September. But since Lagerfeld’s passing in February, some structural changes have taken place.

Now, Roitfeld is officially the namesake’s Style Advisor and is set to produce her first collection for S/S’20. Giving her a helping hand in defining Lagerfeld’s vision, is Hun Kim, the late icon’s Design Director.

In a statement Roitfeld said, “I am blessed and thankful for having had the opportunity to work with Karl for so many years — we shared not only a professional relationship but a deep friendship. He will always be a legend, who redefined the notions of fashion, photography and celebrity. It is my honour to collaborate with his namesake brand as style advisor, carrying out his iconic vision for the upcoming three seasons.”

Also speaking on this new venture, Pier Paolo Righi, the company’s CEO said, “We already have a powerful design team in place. Combined with Carine’s talent as a style advisor, we will celebrate Karl’s iconic design aesthetic and bring it to life.”

We have no doubt at all this will be Roitfeld’s time to shine.

Now, check out all the winners from Fashion Trust Arabia.