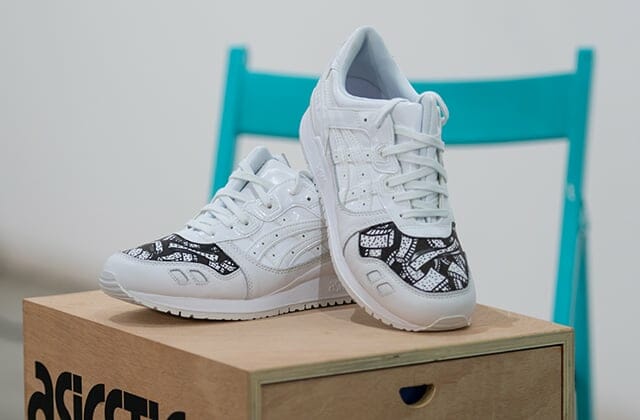 Your new favourite sneakers are here, courtesy of Asics and RedBull

Last year, RedBull launched its first ever RedBull Kicks Art competition in the UAE  which saw the brand encourage creatives from around the region to submit unique sneaker creations. From the entries, nine finalists exhibited their works at the 2017 Sole DXB event.

Following the immense success, Asics and RedBull joined forces for another year and have officially announced the winner of the second RedBull Kicks Art competition.

According to the Good Life Space, Ahd explains that the design is meant to “showcase a fictitious language and an accumulation of abstract words that have no definite meaning but can be interpreted based on your own perception”.

The Griffonage sneakers are now exclusively available at The Good Life Space in Dubai. You might want to act fast though as there are only 25 unisex pieces available.

Now, take a look at the 8 footwear styles to own this season.