The best red carpet looks from the 2019 Cannes Film Festival 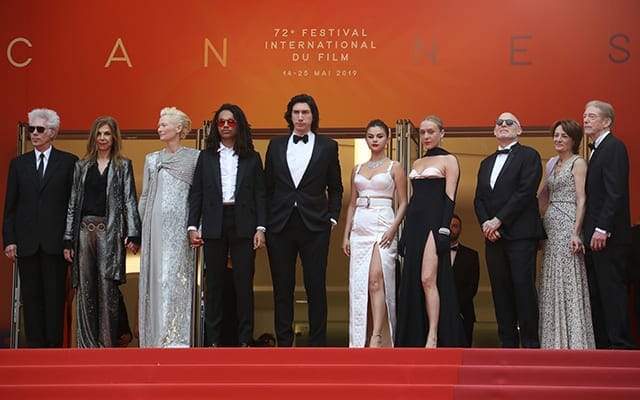 Celebrities bring glamour to the French Riviera for the 2019 Cannes Film Festival...

The 2019 Cannes Film Festival has officially begun! Now in its 72nd edition, we’ve come to understand that the festival has quite the reputation for bringing out all the glitz and glam in people and for the first major red carpet of the season, celebrities certainly did not disappoint.

On day one, there were plenty of photo ops for attendees — whether it’s their daytime looks for their overall cast photo calls against the French Riviera backdrop or their over-the-top red carpet gowns, there was just plenty to see.

And with fashion forwards thinkers including Elle Fanning, Selena Gomez and a slew of Victoria’s Secret angels having already shown up on the first day, it looks like we’re in for a good one. 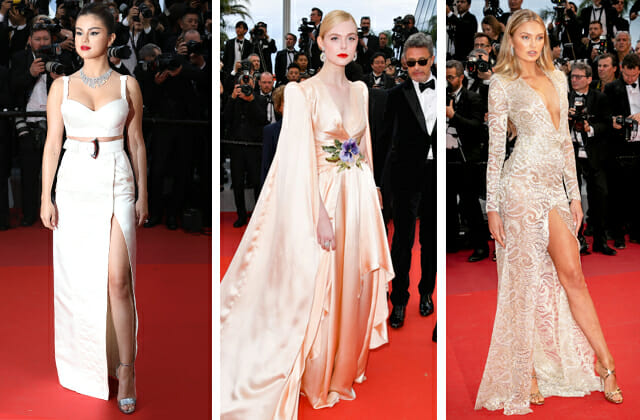 Marking her biggest red carpet moment this year and her festival debut, Selena stunned in a two-piece Louis Vuitton slit dress, Bvlgari diamonds and a beauty look by Marc Jacobs Beauty’s Hung Vanngo. Elle opted for a peach gown, draped cape and bodice by Gucci and accessorised it with Chopard jewels. She certainly aced the red carpet look — especially as she kicked off the festival by being the youngest jury member ever.

Romee on the other hand, lead the model glamour on the red carpet as she came ready in a plunging white lace Etro Couture gown that featured a leggy reveal. 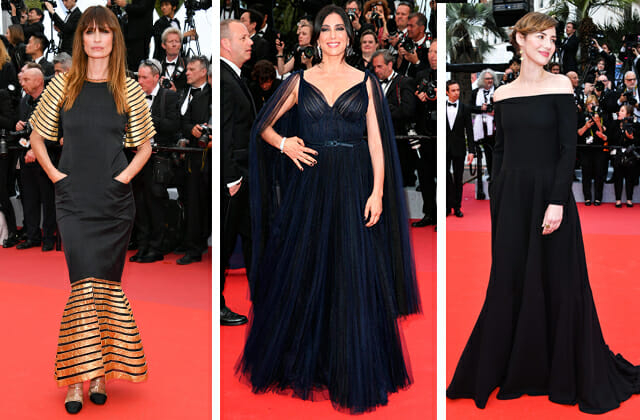 Staying true to traditional red carpet uniform, Caroline de Maigret walked the red carpet in a black number however, there was a vintage-inspired flair to it. Well, of course there was. The ensemble is from Chanel’s Métiers d’Art 2019 collection and boasts heavy Egyptian influences.

Our girl, Nadine Labaki obviously slayed the red carpet look (once again) as she dazzled in a night blue tulle dress from Dior Haute Couture. She was also dripping in Cartier jewels.

Louise Bourgoin attended the screening of The Dead Don’t Die in a Valentino gown from the Fall Winter 19/20 collection. 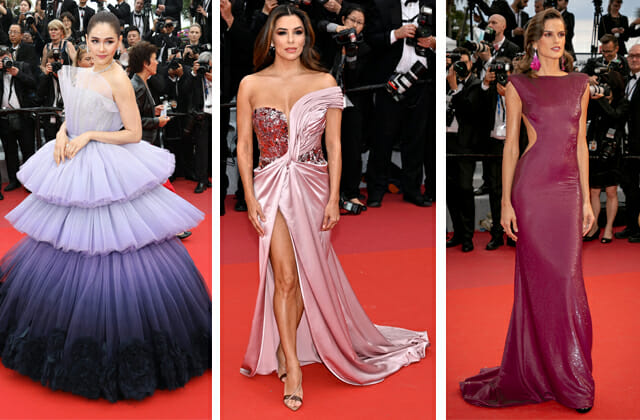 It wasn’t only the neutral tones that caught our eye. Colour proved popular on the red carpet as Araya Hargate a beautiful ombre purple tulle gown by Ralph & Russo, and paired it with Chopard jewels.

A red carpet-favourite, Eva Longoria stunned in a custom dusty pink gown with a daring thigh-high split by Alberta Ferretti whilst Izabel Goulart opted for an open-back number by Etro and accessories by Chopard. 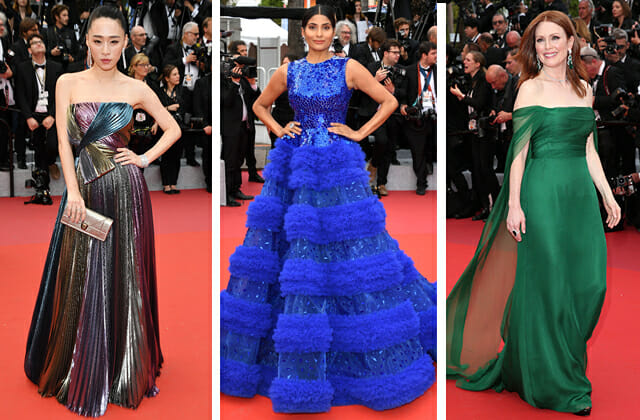 Donning a bright metallic look this year was Wu Ke-Xi. The Taiwanese actress came dressed and made up by Dior as she wore a Dior Haute Couture laminated silk evening gown in bronze, gold, wisteria, blue and Parma Violet.

We’ll be keeping up with all that the Cannes Film Festival has to offer for the next 11 days, so make sure to watch this space.

In the meantime, discover the regional films competing at the Cannes Film Festival.