THE 12 BIGGEST FASHION MOMENTS OF THE YEAR

The stories that shaped the year in fashion
November 30, 2022
Meeran Mekkaoui 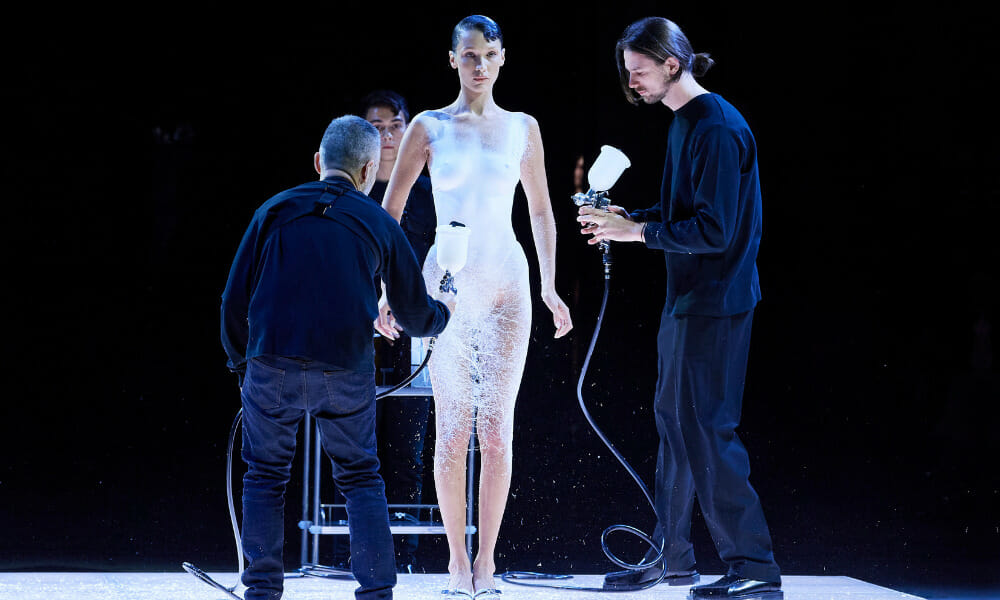 The fashion industry is a never-ending whirlwind of constant change. With new faces, launches and trends (as well as controversies) dropping on a regular, we’ve listed some of the biggest fashion news stories that have made headlines this year. Courtesy of Lyst, the number-crunching platform, they’ve reflected on 2022’s year in fashion by digesting their searches, views and sales metrics to “celebrate the stories that shaped the year in fashion”.

Below, discover the top 12 must-know moments from the fashion industry this year…

1. BRAND OF THE YEAR

Earlier this year, Miu Miu topped the list with fashion’s hottest product of 2022, and now, numbers are proving that the brand has actually won brand of the year. Whether their viral mini skirt or its ballet flats (which quickly garnered popularity after its release), the brand has been dominating the year. With the return of menswear for Fall/Winter ’22 and a Spring/Summer ’23 collection that generated over 23 million views on TikTok, Miu Miu’s searches for the label increased 34% year-on-year.

Glenn Martens officially made his debut as Creative Director of Diesel, and it came with cultural relevance.

Already worn by the likes of Kylie Jenner, Dua Lipa, Rihanna, Julia Fox and Megan Thee Stallion, Diesel’s logo defined the mood of 2022 with its 1DR bag already selling out due to it being the most-wanted accessory in fashion earlier this year.

3. TREND OF THE YEAR

Whilst it may be all about balletcore, the Barbiecore aesthetic dominated 2022 trends. Perhaps in part due to the rise of Y2K fashion or the highly-anticipated release of Greta Gerwig, searches for all things pink skyrocketed 416%.

Valentino’s obsession with pink also translated towards fashion enthusiasts as searches for hot pink increased by 152% just a week after Pierpaolo Piccioli presented it on the runway.

A favourite on the red carpet and amongst celebrities worldwide, the collection generated more than 76.9 million views on TikTok.

4. COLLAB OF THE YEAR

2022 saw a plethora of collaborations throughout the year but perhaps one that won the most popularity was Jacquemus X Nike.

Their 15-piece collection turned the internet into a frenzy causing the website to crash multiple times.

There were 2,575% rise in searches between the official announcement and its launch with the collab officially selling out within a few minutes.

5. POWER DRESSER OF THE YEAR

Bella Hadid is one of the most influential dressers of 2022, earning her the top spot on Lyst’s ‘Power Dresser’ list.

Her ‘fits sparked a whopping 1,900% increases where people searched for similar pieces to what the model was fronting.

Specifically, fashion lovers searched for similar items such as corsets (+70%) and cargo pants (+56%).

6. RED CARPET MOMENT OF THE YEAR

7. VIRAL MOMENT OF THE YEAR

This year brought back one of the busiest and buzziest fashion seasons we’ve head in a while. And whilst there was plenty to see on the runway including celebrity appearances and achingly cool collections, Coperni was the brand that came out on top.

The viral moment Bella Hadid was spray-painted a dress using innovative technology, the brand received a staggering 3,000% increase in searches, making it one of the most searched brands of fashion month.

8. SCREEN STYLE MOMENT OF THE YEAR

With the release of The Crown’s season five, Princess Diana was introduced to a whole new generation and just days after a sneak-peek of Elizabeth Debicki playing the beloved role of the late Princess, searches for black off-the-shoulder dresses increased by 57% on Lyst.

9. PROGRESSIVE MOMENT OF THE YEAR

Perhaps one of the most significant power moves in the fashion industry this year was when Patagonia Founder, Yvon Chouinard, transferred his ownership of the company to a nonprofit organisation used to combat climate change.

Valued at around $3 billion, Patagonia’s products sparked increases by 42%.

10. RISING STAR OF THE YEAR

A power player on – and off – the red carpet, Sydney Sweeney is Lyst’s Rising Star of the Year.

She became the ultimate muse for several fashion brands including Miu Miu and Tory Burch, and also became the youngest Women in Hollywood honouree of 2022 at just 25 years old.

With the rise of Y2K, Prada’s Re-nylon Re-edition 2000 mini bag has become the most popular item of the year.

Paying tribute to the likes of the noughties, the style – which functionally fits any look – has an increase of searches by 131% and its popularity took over TikTok courtesy of its Gen Z-friendly ’90s aesthetic.

Post-covid, many have opted for comfort and evidently, Birkenstock’s Boston clogs have become the hottest shoe of the year.

With searches increasing 593% in the first six months of the year, the classic, cork-heeled style became a rare commodity after going viral on TikTok’s platform.

ALSO READ: A HISTORY-MAKING FASHION SHOW IS SET TO TAKE PLACE IN QATAR.