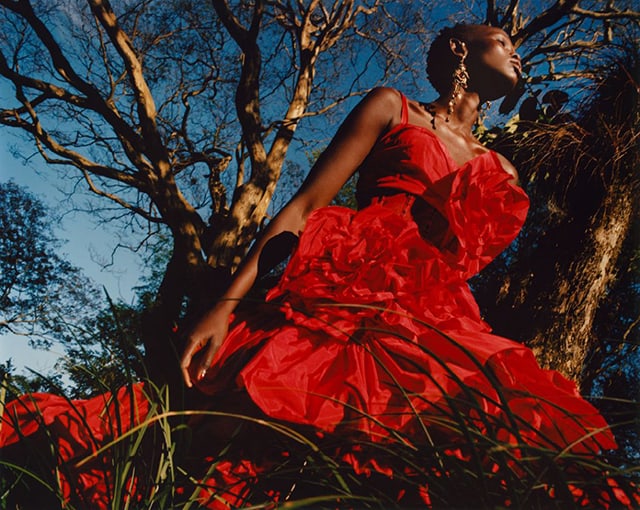 There's been a slew of must-see campaigns for Spring/Summer '18 and another one has just been added to the list...

Alexander McQueen‘s explosion of androgynous styles gets a dose of femininity and boldness for this upcoming season’s new collection. First spotted on the runway at Paris Fashion Week in October, the Spring/Summer ’18 collection is captured once again for its new campaign.

Seen in a completely different light, the seasonal collection — with its 3D florals, organza, embroideries and ruffles — is fronted by Shanelle Nyasiase, who just walked the Schiaparelli and Proenza Schouler shows during Paris Haute Couture Fashion Week.

British photographer Jamie Hawkesworth was tapped to brilliantly capture the campaign and he did so by juxtaposing the bold, bright ensembles against lush greenery of the jungle to evidently showcase Sarah Burton‘s maximalist aesthetic.