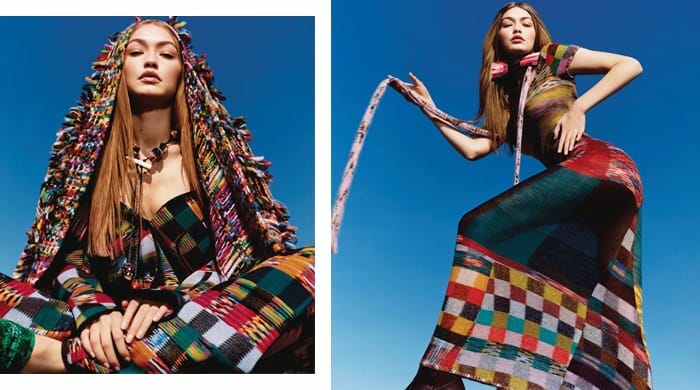 Gigi Hadid gets in front of the lens once again, and this time it's for Missoni...

Missoni has always been a strong contender during Milan Fashion Week and for the past two seasons, the Italian label has shown the globe that they’re not slowing down anytime soon.

For Spring/Summer ’18, the brand delivered its first co-ed runway show (which also marked Creative Director Angela Missoni’s 20th-anniversary show), and for the following autumnal season, presented a collection that was heavily influenced by global cultures and traditions (which is probably why Missoni cast one of the most diverse line-ups of models at MFW yet).

Boasting a heavy dose of colour and tribal elements, the seasonal collection celebrates the brand’s signature anthem of personality and freedom. So of course, it was only natural that Missoni tapped someone with the same values for the collection’s campaign.

Under the creative direction of Angela Missoni and Harley Weir (who was responsible for capturing the full campaign), the duo tapped Gigi Hadid to front the newest collection and the Palestinian-American model could not have been a better choice. The trio has worked together previously for Missoni’s Fall/Winter ’17 campaign. 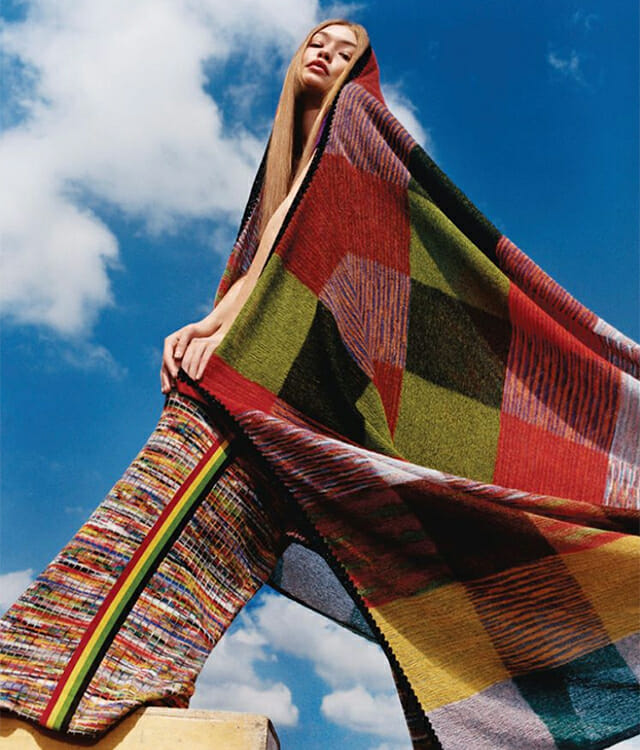 Now, take a look at where you can shop Missoni’s new collections in Dubai.