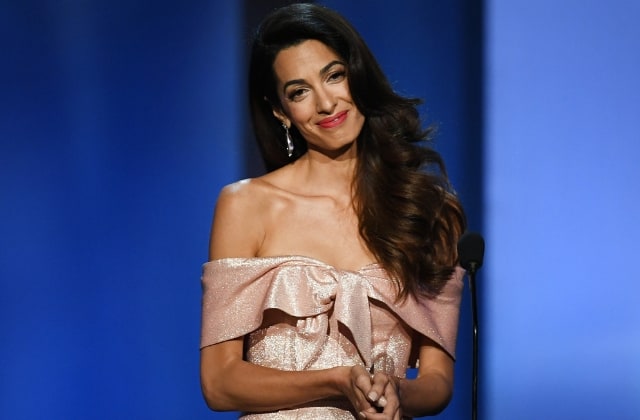 Amal Clooney and Prince Charles are joining forces for a new award to celebrate inspirational women. And she's totally the best person for the job…

It goes without saying that Human Rights Lawyer Amal Clooney has a very smart head on her shoulders. The woman is rarely seen in public without a meaningful cause behind her appearances. Whether it’s for an award, giving out an award or defending women’s and human rights, she’s a champion for humanity.

And now, she’s added another feather in her cap. But before we go into the deets…

Here are a few of her good deeds she’s done in her position of power.

– Both her and husband George Clooney have pledged for education to Syrian children.

– They also have the Clooney Foundation for justice.

– She made one of the most emotive and intelligent speeches in honour of her husband at the AFI Lifetime Achievement Award.

So, where’s she at now? Well, last week she visited Buckingham Palace to celebrate the work of the Prince’s Trust – a charity founded by Prince Charles in 1976. And off the back of that, Prince Charles has forged a charitable partnership with Clooney – naming an award after her.  Um, WOW.

And so we now have the Amal Clooney Award for the achievements of inspirational young women between the age of 11 and 30 around the world who are doing things in their community and making a difference. From one high-achiever to another, this makes total sense to us.

In a statement Clooney said, “I am honoured to have been invited by Prince’s Trust International to participate in this global initiative celebrating young women who are change-makers in their communities. It is a privilege to be able to play a part in a project that will draw attention to incredible young women who are the future leaders of our world.”

The first award will be given in 2020. We’re already getting goosebumps…

Now, see how Victoria and David Beckham were couple goals at the National Portrait Gallery.