The new trailer for the ‘Charlie’s Angels’ reboot is here, and so is the theme song 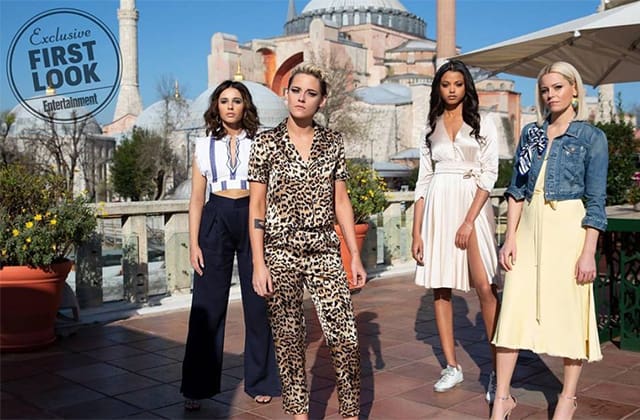 'Charlie's Angels' is coming to our screens this November and not only did the trailer just drop but, we heard the brand new theme song as well...

It seems like 2019 is the year for reboots and remakes in the film industry. Case in point: Aladdin, The Lion King, The Hills: New Beginnings and Charlie’s Angels are all on our must-watch lists this year.

Whilst details of the newest Charlie’s Angels film has been on lockdown, we pretty much know everything about the all-female remake now thanks to the drop of a brand new teaser.

From the trailer, we can see that the movie stars Kristen Stewart, Aladdin‘s Naomi Scott and British actress Ella Balinska — directed by Elizabeth Banks.

The film basically follows in the footsteps of the original, however there’s a brand new theme song featuring Ariana Grande, Miley Cyrus and Lana Del Rey.

The pop trio have officially teamed up for the reboot’s theme song, and shared the news via social media. Before premiering their collaboration, Cyrus posted a caption that read “WE ARE COMING!”, tagging the Charlie’s Angels account, Grande and Del Rey.

Grande then debuted the theme song on her Instagram account with the following caption:  “@charliesangels in theaters this November… co-executive producing this soundtrack with @awsuki @ilya_music & #mxm has been the coolest thing in the world. Beyond grateful for this opportunity and can’t wait for everyone to hear the music and see this phenomenal film. November.”

The Charlie’s Angels reboot is set to hit the silver screen on November 15, 2019. Make sure you mark you calendars! We know we will…

It looks like we’ll also be getting some new music from Beyoncé this summer for her role in The Lion King.