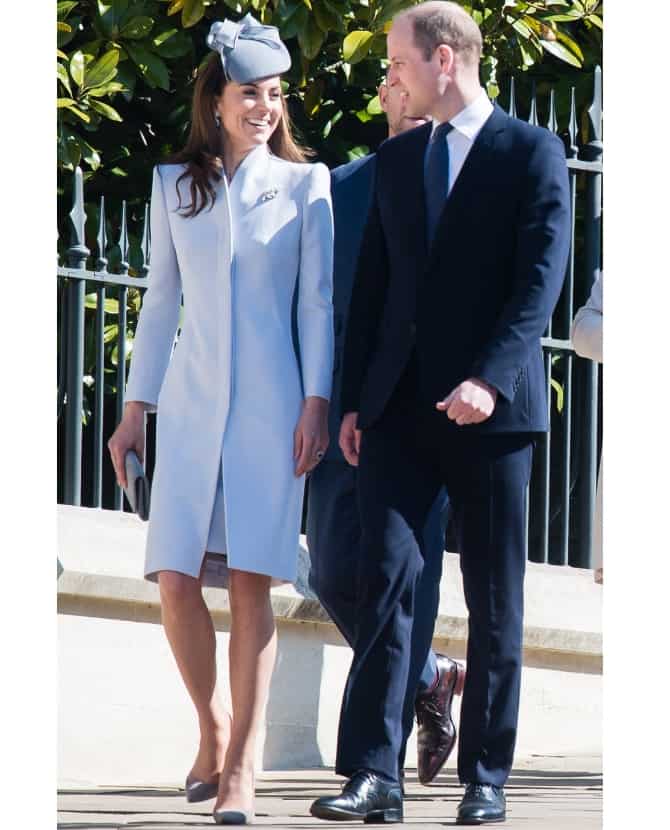 The royals stepped out today for an Easter Sunday service. But it was Kate Middleton who stood out – naturally...

The royals always wear their Sunday best. We can’t go a week or even a few days where one of the two duchesses steal the limelight in a stunning ensemble.

Well, this Sunday was definitely no exception. Stepping out for an Easter Sunday service and to also celebrate the Queen’s 93rd birthday, Prince William and Kate Middleton attended St. George’s Chapel in Windsor Castle – but their children, Prince George, Princess Charlotte and Prince Louis were not with them – our guess is that it would have been too long for them to bear and/or they were scoffing down loads of chocolate eggs back home.

Speaking of home, Meghan Markle was at home while Prince Harry attended the service. Her due date is fast approaching so she’s probably too far along to make any public appearances. She did however take to Instagram to mark her grandmother-in-law’s birthday…

Other members from the royal family who went along to the chapel included: Princess Beatrice and her father Prince Andrew, and Prince Edward and his wife, Sophie, Countess of Wessex.

But, as usual, all eyes were on Middleton’s look. She wore a baby blue coat with a matching dress underneath which she accessorised with a hat and nude heels. Simple yet so effective. We’ve also noted that Middleton is very good at dressing spot on for different occassions. Most recently she looked every bit ‘St. Patrick’s Day’ in an Alexander McQueen green coat. And now, she’s got that duck egg hue going on.

Well, what a lovely day for a royal turn out!

Now, on that English note, this is where you can get all fancy and British in Dubai.