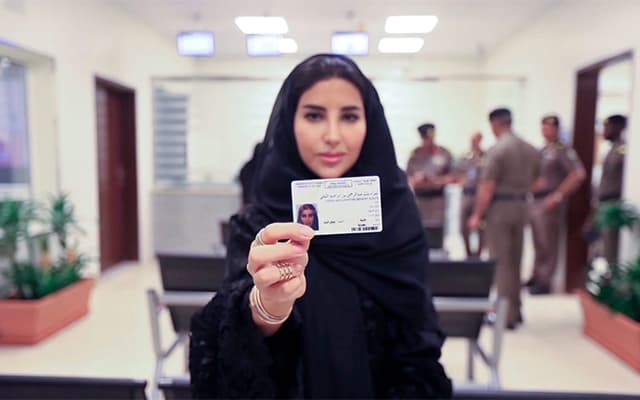 Congratulations are in order to the ten women who received driving licences ahead of the ban lift in Saudi Arabia...

In 2017, Saudi Arabia made some pretty historic announcements including the lifting of the ban on women driving, allowing women into sports stadiums and the repealing of the ban on cinemas (the first theatre was subsequently opened in April).

Then, even more good news came out of the Kingdom as the country announced that women would be able to drive from June 2018 and not only cars but trucks and motorcycles, too.

Now, the time has finally come and overnight, history was made in Saudi Arabia following the news that the Kingdom has issued the first series of driving licenses to women for the first time ever.

Ten female Saudi nationals swapped their foreign licences for Saudi Arabian ones and will finally be allowed to take the wheel from June 24 when the ban officially comes to an end.

Some of the women to receive their licences include Esraa Al Buti, an Executive Director at Ernst & Young and Tahani Aldosemani, Assistant Professor at Prince Sattam Bin Abdulaziz University in Al-Kharj.

As reported by The Telegraph, the information ministry’s Centre for International Communication (CIC) said: “Ten Saudi women made history on Monday when they were issued driving licences. Expectations are that next week an additional 2,000 women will join the ranks of licensed drivers in the kingdom.”