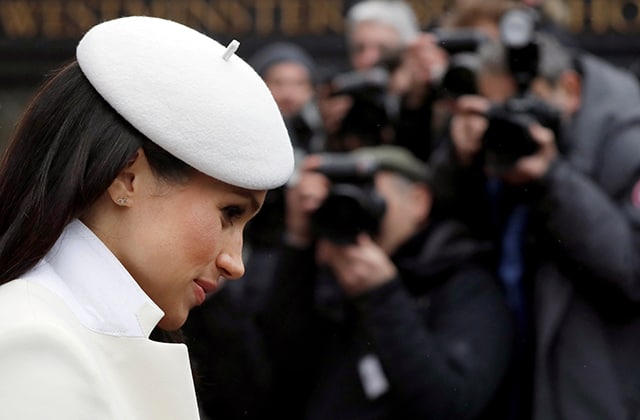 The Duchess of Sussex is about to go on her first official engagement without the Duke. But instead, she'll have a pretty high profile family member on the trip...

It’s been less than a month since Prince Harry and Meghan Markle wed in a beautiful ceremony at St George’s Chapel at Windsor Castle in front of 600 guests (which included Amal and George Clooney, Oprah Winfrey, Victoria and David Beckham and Serena Williams). And whilst the Duke and Duchess of Sussex are believed to be on their honeymoon now, we already have an insight into their next two official engagements.

First, the royal pair is set to make their next appearance on June 9th at the Queen’s annual Trooping of the Colour birthday parade. We’re also (not-so-secretly) hoping to see the Duke and Duchess of Cambridge along with Prince George and Princess Charlotte, just as in previous years. The family’s new Prince, however, will not be attending the event as he’s just weeks old.

Next, on the agenda, Meghan will be attending her first solo engagement as a royal with a visit to Chester on June 14. The best part? The new bride will be accompanied by Queen Elizabeth herself.

According to the royals’ site, the pair will unveil the Mersey Gateway Bridge at Catalyst Science Discovery Centre in Widnes, Chesire and open Storyhouse Theatre together. Meghan and Her Majesty will also have lunch in Chester’s Town Hall.

Whilst no other information has been released yet, stay connected to Buro 24/7 Middle East for more updates.

In the meantime, see Meghan’s official Coat of Arms which was unveiled this weekend.