See what they've been up to so far
January 31, 2018
Maddison Glendinning 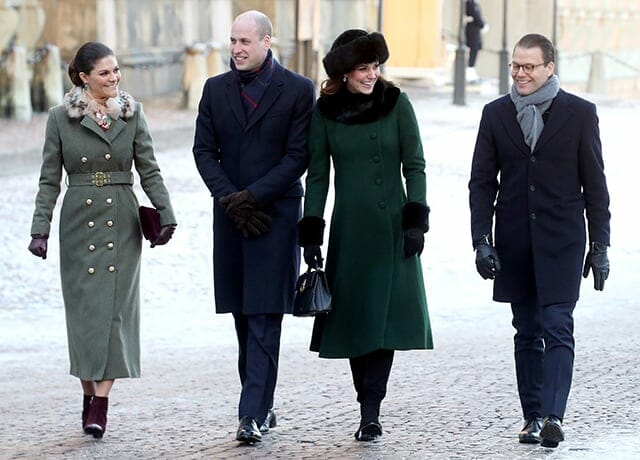 The Duke and Duchess of Cambridge have just wrapped up day one of their royal tour to Sweden. Buro 24/7 Middle East takes a look at their busy agenda here...

It seems there’s no slowing Kate Middleton down. Despite the fact that the Duchess is mere months away from welcoming she and Prince William‘s third child, Kate has touched down in Sweden today for the first leg of the pair’s latest royal tour.

The tour will cover both Sweden and Norway with Stockholm as the first stop on their itinerary.

On the agenda, the Duke and Duchess of Cambridge were joined by members of the Swedish royal family, Princess Victoria (the heir to the throne), and Prince Daniel, Duke of Västergötland, as they walked from the royal palace to the Nobel Museum and the Ark Des, Sweden’s national centre for architecture and design.

For the fun-filled day out, Kate Middleton wore a green coat and a black faux fur lapel by TROY London over a Catherine Walker dress, with the newest Mulberry Mini Seaton style handbag as arm candy. 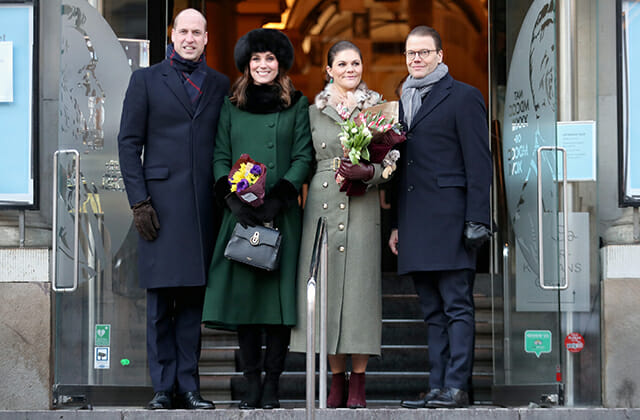 Towards the end of the evening, the British ambassador’s residence welcomed the Swedish royal family, the government, and British royals to a private black-tie dinner. Dressed in a mustard-coloured gown by London-based designer Erdem, Kate Middleton was also joined by actors Stellen Skarsgård and Alicia Vikander. 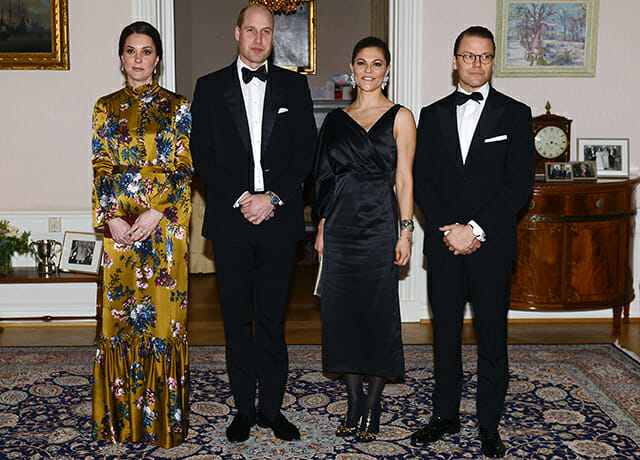 Earlier in the day, the pair landed in the city and went straight to a bandy hockey event at Vasaparken. Here, they chatted with young players whilst learning more about the sport (which dates back to 1813, according to Kensington Palace). The pair then duked it out in a penalty shoot-out with Kate narrowly losing 2-1 to William. 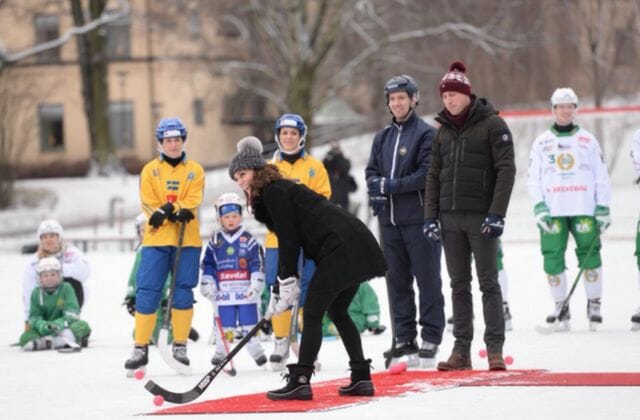 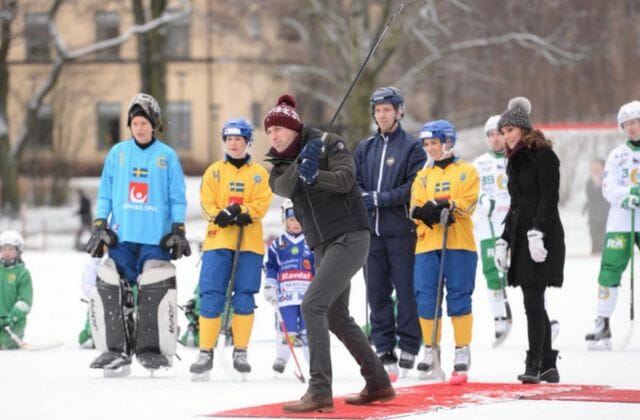 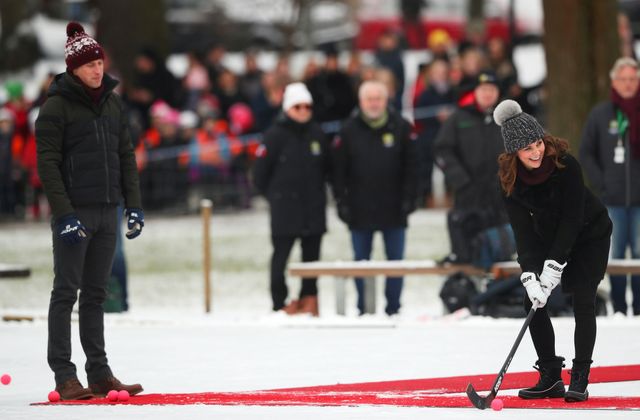 The weather in Stockholm was in the low single digits today so Kate wrapped up in a stylish black Burberry coat, a jumper by local brand Fjällräven and boots by Sorel which she teamed with black skinny jeans a grey pom-pom beanie.

The pair has a fairly busy itinerary with 22 engagements planned in total, including a black-tie dinner at the Norwegian royal palace.

Be sure to stay tuned to Buro 24/7 Middle East for updates. In the meantime, find out which Scottish titles Prince Harry and Meghan Markle are likely to receive on their wedding day.