The fab four were together for their first official appearance
February 28, 2018
Maddison Glendinning 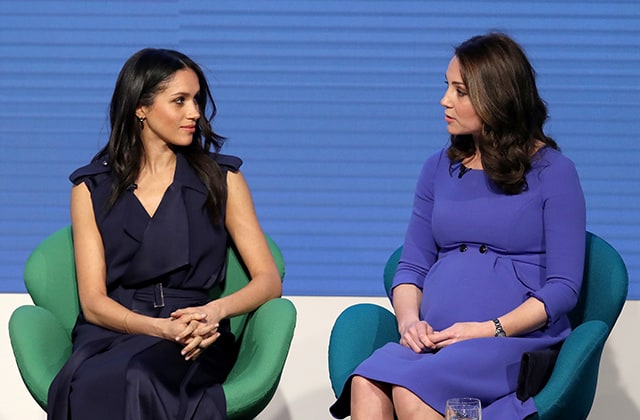 After witnessing Prince Harry, Meghan Markle, Kate Middleton and Prince William walking together to attend the royal Christmas service last year, we were waiting for another opportunity to see the young royals together again. And that opportunity came today as the two couples, dubbed the ‘fab four’ by global media outlets, appeared together in London to talk about the work of The Royal Foundation.

The Royal Foundation was established in 2011 by Prince William and Prince Harry and Kate became a patron upon marrying into the family. Similarly, Meghan will also become a patron following her May 19 wedding to Prince Harry. The four looked comfortable as they sat next to one another on stage to talk about the success of the foundation, as well as their individual passions. 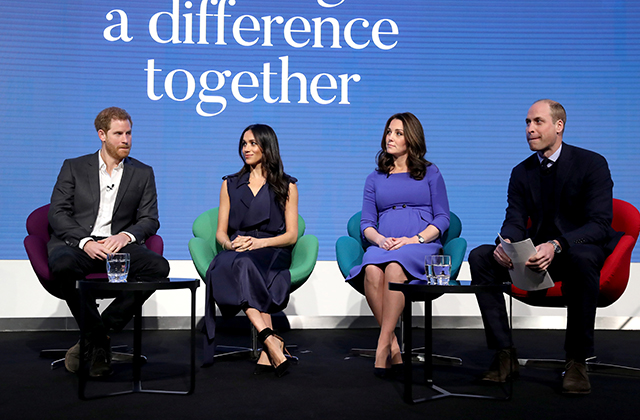 Kate (who wore a blue dress by Seraphine for the occasion) touched upon mental health saying, “There is lots that I’m hugely excited about with the foundation. For me personally, I am really interested in keeping going with mental health to look at early intervention and how to support parents and families to bring up the next generation of children.” When asked about the success of the Heads Together campaign (fronted by himself, Kate and Harry), Prince William said they would like to do something similar in the future. “It would be wonderful if we could do another project like Heads Together as a unit, as a family,” he said gesturing towards the four. “Plus, we like to be ambitious so we want to bring foundations across the world together to make a really big difference.”

When asked about how she would continue her work with women and girls in her new role as a royal, Meghan, wearing a navy blue Jason Wu midi dress, answered with a laugh,” Well I’ve only been here for three months” before adding that she has used this time in which she is not yet an official royal to learn behind the scenes so she is ready for her public roles. On how she wanted to work with women and girls moving forward she explained, “I hear a lot of people when they talk about girls empowerment or women knowing their worth, you’ll often hear people say, ‘You’re helping women find their voices,’ which I fundamentally disagree with. Women don’t need to find a voice, they have a voice; they need to feel empowered to use it and people need to be encouraged to listen. And I think right now in the climate we’re in with #MeToo and Time’s Up, there’s no better time to continue to shine a light on women feeling empowered and people really helping to support them, men included in that.”

“I hear a lot of people when they talk about girls empowerment or women knowing their worth say, ‘You’re helping women find their voices,’ which I fundamentally disagree with. Women don’t need to find a Voice, they have a voice; they need to feel empowered to use it and people need to be encouraged to listen.” –
Meghan Markle

Prince Harry joked that he and Meghan “are pretty tied up working on a wedding at the moment” however added that they are “really looking forward to working as a pair and as a four moving forward.” 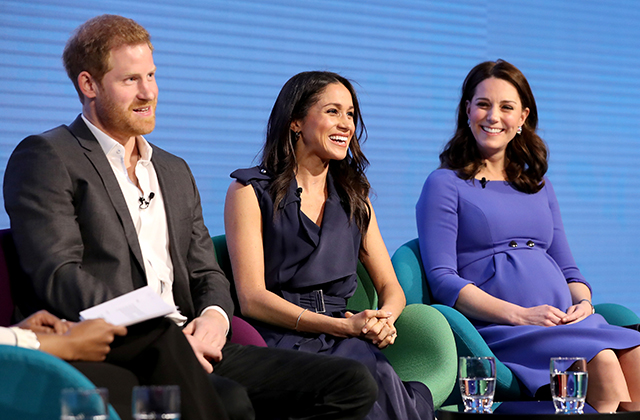 Shortly before the forum ended, the four were asked if there was ever any disagreements to which Prince William responded, “Oh yes” and Harry added, “Healthy disagreements. They come so frequently,” garnering huge laughter from the audience. Harry explained, “I think it’s really good that we are four different personalities and we’ve all got that same passion to make a difference with four different opinions.”

After a successful first official outing together, we can’t wait for many more to come.

Now, find out how Meghan and Prince Harry will celebrate the upcoming International Women’s Day.