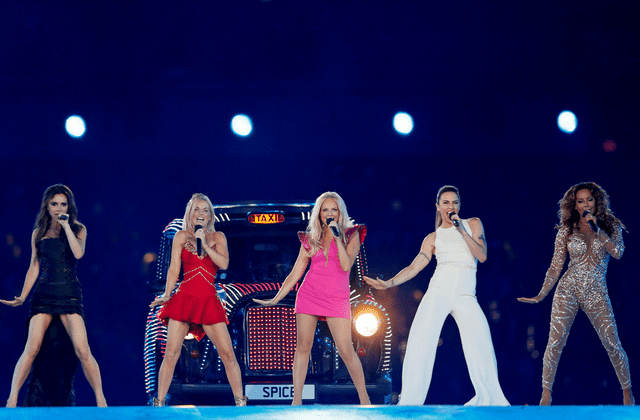 Just when we thought the royal wedding couldn't get any better, this happens...

Rumours surrounding the upcoming nuptials of Prince Harry and Meghan Markle are rife — from who is (and isn’t) invited to who will design Meghan’s dress and who will be in the bridal parties, there isn’t any aspect of the wedding that people around the world aren’t speculating about.

Earlier this month, Kensington Palace confirmed several details about the big day (including where it will take place, the reception venue and the planned public interaction) and Roland Mouret seemingly confirmed that he will be the man responsible for dressing Meghan on the day. Now, the musical entertainment for the night has all-but been confirmed.

Mel B, aka Scary Spice, was on American talk show The Real overnight and was asked if she knew anyone that was going to the wedding. “I’m going,” she said, before adding that all “five Spice Girls” had been invited.

Following the reveal, Mel was asked by one of the hosts if the band would perform on the evening to which she threw her cards in the air in joking defeat. Understandably, the audience immediately screamed with excitement as the singer added, “I need to go. I’m going to get fired.”

Victoria Beckham shut down rumours during New York Fashion Week that the band was going on tour, leaving many fans disappointed that the rumours surrounding a long-awaited reunion were not true. However, it seems that whilst they may not tour, they will be about to deliver the performance of a lifetime. Watch this space.

In the meantime, find out more about Prince Harry and Meghan Markle’s joint engagement with the Duke and Duchess of Cambridge taking place today.