Meghan Markle makes her first official appearance as a royal

And she looked every bit the part
May 23, 2018
Maddison Glendinning 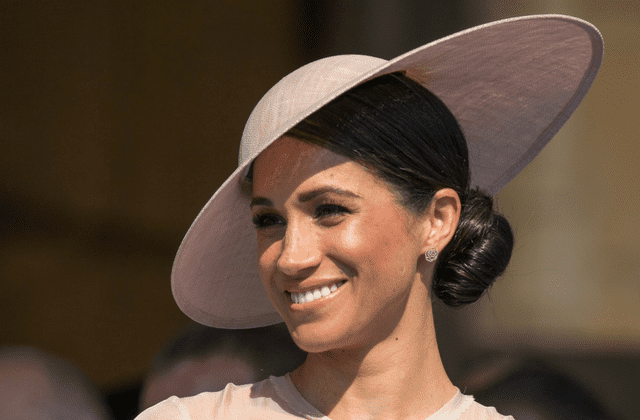 Overnight, Meghan Markle and her new husband made their first appearance as husband and wife. See it below...

Even though their wedding happened a mere five days ago, there’s been no downtime for Prince Harry and Meghan Markle since they exchanged vows in front of 600 family and friends and set Instagram alight with posts.

Overnight, the pair appeared for the first time as husband and wife at an official royal event, marking Meghan’s first outing as a royal. 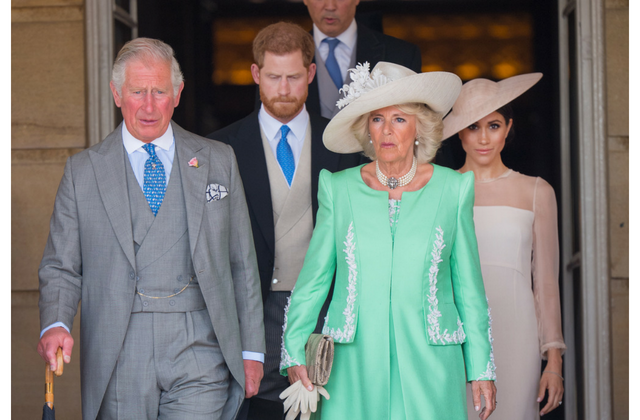 The Duke and Duchess of Sussex attended a garden party at Buckingham Palace to celebrate Prince Charles’ 70th birthday. The pair looked enamoured with one another during the event, but it wasn’t just the couple that were spotted getting on well during the outing.

Prince Charles, Camilla, the Duchess of Cornwall and Meghan shared a sweet moment on stage as Harry delivered a touching speech about his father. His speech was interrupted by a wayward bee flying at his ear which he noted, sending the trio into a fit of giggles about the moment. 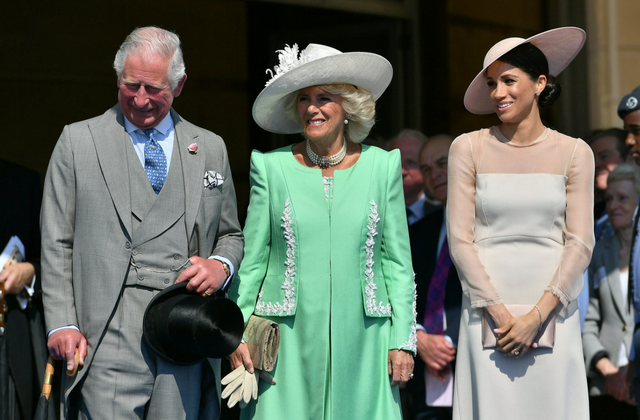 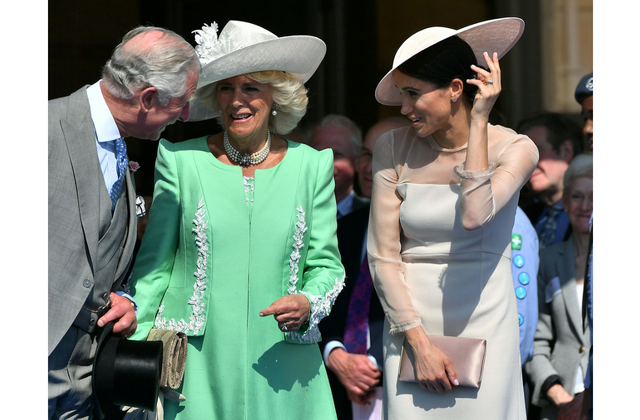 They later shared another laugh about the moment whilst waiting for their picture to be taken on the steps of Buckingham Palace.

For her first royal occasion, Meghan opted for a soft pink GOAT dress (searches for the dress prompted the label’s website to crash mere minutes after they were revealed as the designer of choice for the day) and a Philip Treacy hat which sat perfectly atop her sleek low bun hairstyle. 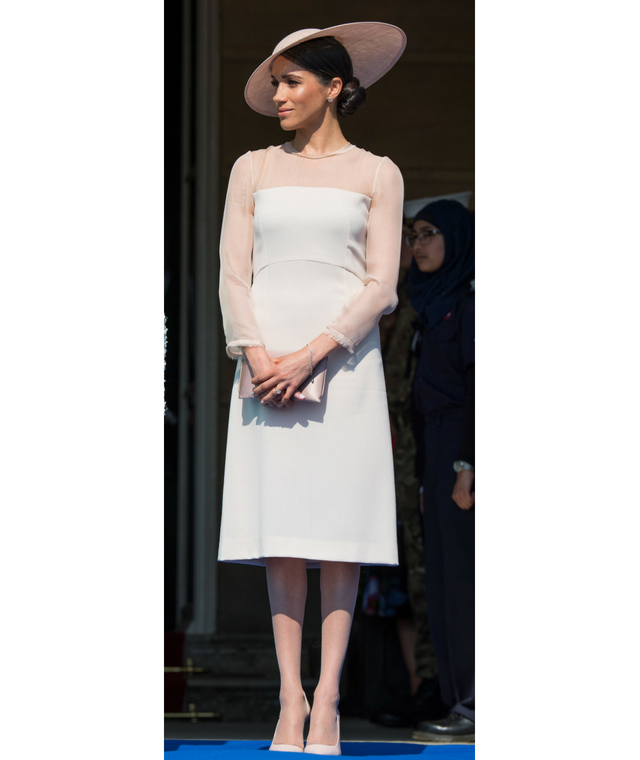 Somehow we don’t think we’ll ever tire of seeing this pair out and about together.

Now, find out how you can buy the bracelet Meghan gifted to her closest friends ahead of her wedding.