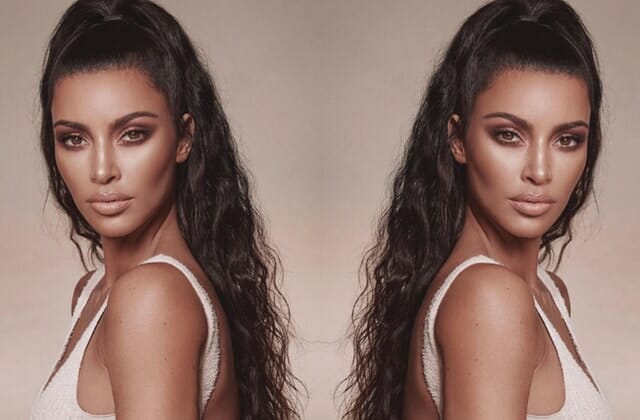 Kim Kardashian West might get a lot of endorsement deals but it's not without a risk it turns out....

Brands have longed relied on the power of celebrity in order to market their products, however a new report on celebrity endorsements has revealed that it’s not exactly as straightforward as you would think.

Marketing data and research firm Spotted has identified the ‘risk score’ — that being the potential for which the star could backfire on the brand — for a range of famous faces. According to Fashionista, this score is calculated “by considering more than 20 factors, including inappropriate or offensive behaviour, divisive political views and scandal, as well as how recently these factors occurred, recovery (0r damage control) and the likelihood that these risks will happen again in the future.” It also considers the level of recognition, attractiveness and likeability of the star.

And despite her slew of endorsements, it turns out that Kim Kardashian West is the riskiest celebrity endorsment choice with the Keeping Up With The Kardashians star rated in the 100th percentile for risk. According to Spotted, KKW’s “innappropriate behaviour” (i.e risqué selfies, contorversial comments) is a key factor in her risk assessment with the company explaining, “Even though Kim Kardashian supports over 22 charities and causes, she lacks consumer trust and is perceived risky among customers.”

Kim’s younger sister Kendall Jenner was also mentioned in the report as being one of the celebrities with the lowest consumer approval, alongside pal Hailey Baldwin.

Interestingly, the report also concluded that “more than 75 per cent of all fashion and retail endorsement deals result in low consumer approval” and that “overall, luxury brands make the weakest choices compared to mass-market labels,” writes Fashionista. Spotted CEO Janet Comenos explained, “The creative directors of these high-end labels tend to use celebrities as creative ‘muses,’ even if every indication shows that the celebrity is a poor choice.”

As for who came out on top, Dwayne “The Rock” Johnson, Ashley Graham, Winnie Harlow and Drew Barrymore were excellent choices according to Footwear News.

Now, find out which Kardashian-Jenner was revealed to be able to command the most money on Instagram.