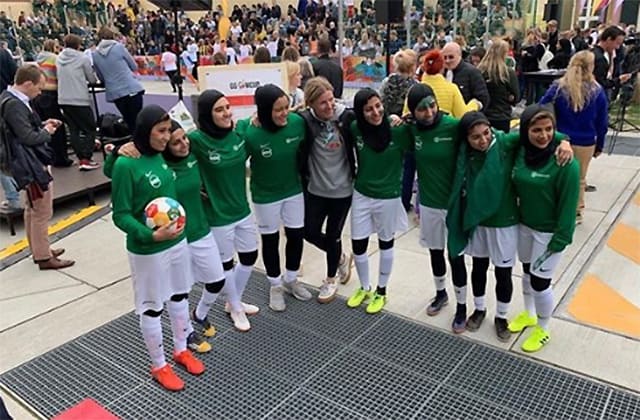 There's always plenty going on in the world of fashion, beauty, culture, lifestyle and jewellery, too and incase you missed top stories this week, we've got you covered...

1. Margot Robbie had a Sharon Tate moment at the Cannes Film Festival

Margot Robbie is one known to slay the red carpet (every single time) and at the 72nd Cannes Film Festival, it was no different. The new beauty ambassador for Chanel turned up for her Once Upon a Time in Hollywood photocall dressed in, well, Chanel (duh) and face-framing braids. If you thought that was pretty unexpected from the Australian beauty, she had a reason for wearing them. The major throwback hairstyle was a nod to actress Sharon Tate (of who Robbie plays in the film).

@MargotRobbie on portraying Sharon Tate: “I saw her as a ray of light and I just wanted her to be light…and that was my job and my role to serve in this story. And in doing so, I felt like I could honor the memory of real life Sharon Tate, who so many people said was such a bright light in this world.”

2. Giorgio Armani took the fash pack to Tokyo for his Cruise 2020 show

Although Giorgio Armani’s show took place in Japan, the Cruise 2020 collection carried a Mediterranean island vibe throughout. Marking his first runway show for a cruise collection, Giorgio Armani’s new collection consisted of relaxed and easy (with lots of fluid shapes) silhouettes, soft and natural textures (think linen, silk and satin accented with leather trim and sumptuous knits), as well as accessories that remained big and bold.

3. An all-girls soccer team from Saudi Arabia touch down in Copenhagen dressed in none other than Arwa Al Banawi

At the Global Goals World Cup (an activist football tournament for women), Saudi Arabia sent its hijab-dressed, all-girls soccer team to Copenhagen to participate in the event that aims to raise awareness for issues including hunger, poverty and climate change. And whilst they were there to join forces with other teams from across the globe to achieve sustainable development goals, the Greens Team were also ready to make a statement in custom-made Arwa Al Banawi outfits. The pieces came with printed ‘WE ARE A KINGDOM’ sentences on the back, complete in capital letters as well as Arabic calligraphy.

4. Justin Bieber is making his first foray into the beauty business

Ok, so we heard that Hailey Bieber is branching out into the beauty business after she filed paperwork to trademark Bieber Beauty however now, it seems like husband Justin is following in her footsteps. The musician-turned-fashion designer has officially joined forces with a natural deodorant company for his first foray into the beauty business. Whilst no further details have been revealed, we do know that he’s been working on something with Schmidt’s Naturals, and the collaboration is set for release in the fall.

Want an opportunity to debut your collections on none other than luxury fashion retailer Net-a-Porter? Well, now’s your chance. Luckily, Netflix have announced that the designer and TV personality Tan France, is slated to host a brand new competition series called Next in Fashion and, his co-host will be none other than Alexa Chung, a fellow Brit and one of fashion’s it girls.

LVMH has added a new brand to its ever-growing portfolio and it’s none other than Italian jewellery house Repossi. Thanks to the luxury goods conglomerate, the jeweller has been able to accelerate its global expansion (with the Middle East included) and we can only expect the brand to have a stronger international presence.

Now, find out who is H&M’s new designer collaboration.