Good news: The fireworks are coming back to the Burj Khalifa this New Year’s Eve 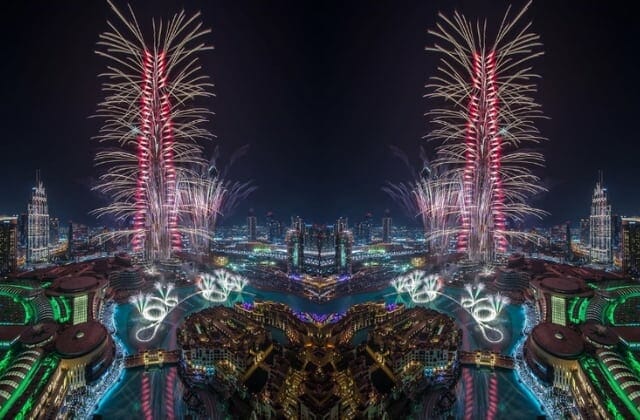 After a hiatus last year, the Burj Khalifa fireworks are officially coming back this year...

Last year, the Burj Khalifa replaced its annual New Year’s Eve fireworks display with a record-breaking light show. And whilst the display was undoubtedly incredible — it broke a Guiness World Record and officially heralded the Year of Zayed, after all — many people in the city admitted to missing the traditional (and epic) fireworks display. The display is one of the highlights on the local calendar and hundreds of thousands of people flock to the landmark to take in the show every year. But there’s good news because, due to popular demand, the world’s tallest building will once again have a fireworks display this year.

In a statement reported by Gulf News, Emaar confirmed the news, writing, “Emaar is gearing up for yet another spectacular New Year’s Eve celebration that will feature several amazing new elements in addition to spectacular fireworks, returning this year by popular demand.”

Well that settles our December 31st plans then.

Until then, see what Tumi Director Victor Sanz had to say about the importance of Dubai in the brand’s global strategy.