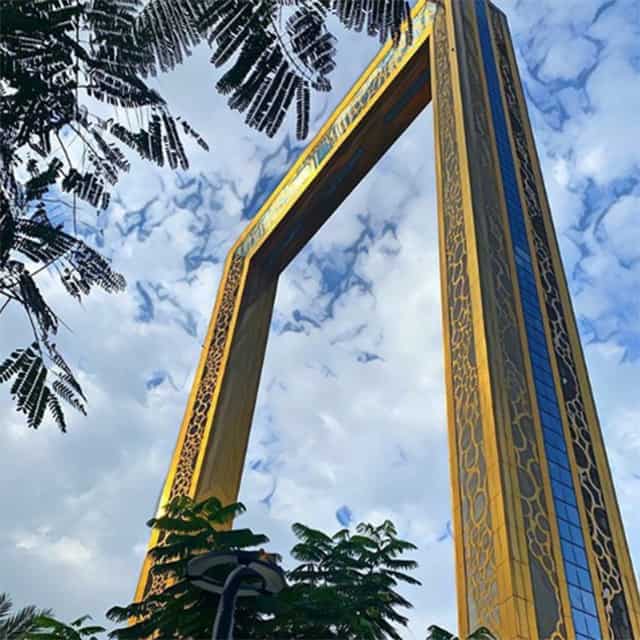 It seems like Dubai is constantly breaking records — whether because of its skyline that consists of recognised skyscrapers such as Burj Al Arab, Burj Khalifa or the Gevora Hotel, or because of some achingly cool laser light shows that ring in the New Year.

Now, it looks the city has earned itself yet another Guinness World Record and this time, it has nothing to do with a skyscraper.

Gracing the city’s skyline, the golden Dubai Frame project opened to the public over a year ago and has now been declared as the World’s Largest Frame.

Standing at 150 metres tall and 95 metres wide, the Dubai Frame was officially induced into the book of records over the weekend and it sits proudly in the middle of Zabeel Park. The prime location offers stunning panoramic views of both the old Dubai and new Dubai.