The opening date for cinemas in Saudi Arabia has been announced 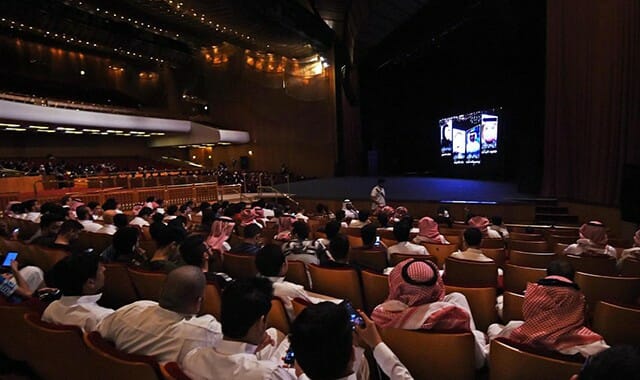 We're getting closer to watching a film in Saudi Arabia as the country has announced when they'll open their first cinemas...

In 2017, Saudi Arabia  saw a slew of positive changes for the country including allowing women to drive (and not only cars, but trucks and motorcycles too), and the repeal of the ban on cinemas allowing them to re-open in 2018.

And whilst no official date has yet been set for the opening of the country’s first cinemas, we can expect it to be by the fourth quarter of 2018, according to reports.

Familiar with the country’s film preferences, Kuwaiti National Cinema Company (KNCC) and Dubai-based distributor Front Row Filmed Entertainment are set to partner in this new venture and have already secured three locations for 27 screens in the country’s biggest cities — Riyadh, Jeddah and Dammam.

Speaking of the opening, KNCC’s Hisham Al Ghanim said: “There is a high influx of Saudi audiences that flock to Kuwait to experience the cinema here because of the films we are able to show and the high standards of the sites themselves, so we have a keen understanding and appreciation of their tastes and habits. We expect to open a total 12 multiplexes in the next 36-month period.”

No further details have been revealed just yet. Stay tuned to Buro 24/7 Middle East for updates.

Now, take a look at Sheikh Mohammed’s announcement of the temporary Museum of the Future.