Just in: Sheikh Mohammed opens temporary ‘Museum of the Future’

The announcement is part of the 2018 World Government Summit
February 11, 2018
Meeran Mekkaoui 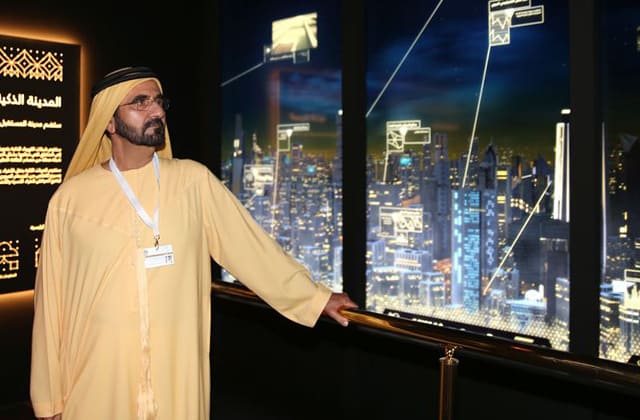 A temporary interactive experience about the future of artificial intelligence has just opened in Dubai, courtesy of Sheikh Mohammed. Here are the details...

Whilst Dubai is already booming with technologically-advanced concepts, exciting experiences and cultural developments (such as the UAE Cultural Development Fund launched just last week), it seems that there’s no slowing down for the city.

Vice President and Prime Minister of the UAE and Ruler of Dubai, Sheikh Mohammed bin Rashid Al-Maktoum announced that he has just opened a new (temporary) museum, titled Museum of the Future, which will offer visitors a unique experience.

As part of the 2018 World Government Summit (which started this morning), the museum will focus on the future of artificial intelligence (AI) and present exhibitions on how it could heavily influence our lives in the years to come.

The summit gathers government leaders to discuss governmental processes and policies with a focus on futurism, technology and innovation, and His Highness was accompanied by Dubai’s Crown Prince, Sheikh Hamdan bin Mohammed bin Rashid Al-Maktoum on the tour.

Sheikh Mohammed explained his vision for the future of the UAE, saying: “We seek to make the UAE the region’s hub for artificial intelligence techniques as our government is setting a role model for other governments based on harnessing technologies to lead the development progress. The life in the UAE will change and services will be developed over the course of the coming decade, thanks to artificial intelligence technologies.”

The temporary Museum of the Future will run from February 11-13 in Dubai. The permanent version of the museum is set to open its doors in 2019 and is still under construction.

Now, read our exclusive interview with Marriam Mossalli, who just curated a book titled Under The Abaya: Street Style from Saudi Arabia.