Here's what they've been up to
February 14, 2018
Maddison Glendinning 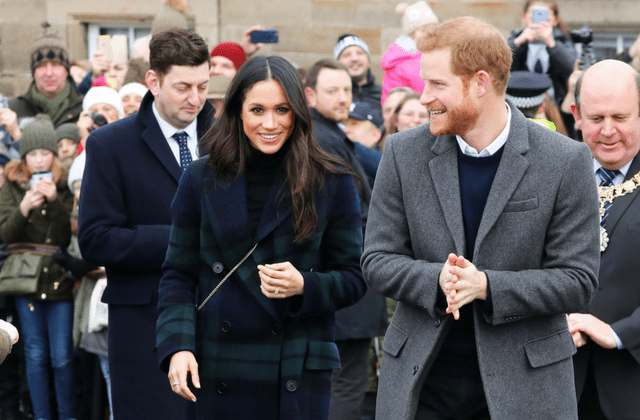 Overnight, Prince Harry and Meghan Markle landed in Scotland to begin their tour of the country...

It’s been a big week for news surrounding Prince Harry and Meghan Markle — first, Kensington Palace confirmed a series of key details about what we can expect on their wedding day on May 19, and then Victoria Beckham finally spoke about being asked to design the royal-to-be’s wedding dress.

Now, the loved up pair has landed in Scotland where they’ll spend the next few days. The tour, though not an official royal tour, is part of a series of events the pair is undertaking in the lead-up to the wedding.

For their first outing, a walkabout through Edinburgh, Meghan wore a long navy and green tartan coat by Burberry, wide-leg trousers by Veronica Beard and casually slung a small crossbody bag by Scotland brand Strathberry (whom she wore on her first official outing after the engagement announcement) across the ensemble. The bag sold out within 11 minutes of being identified. 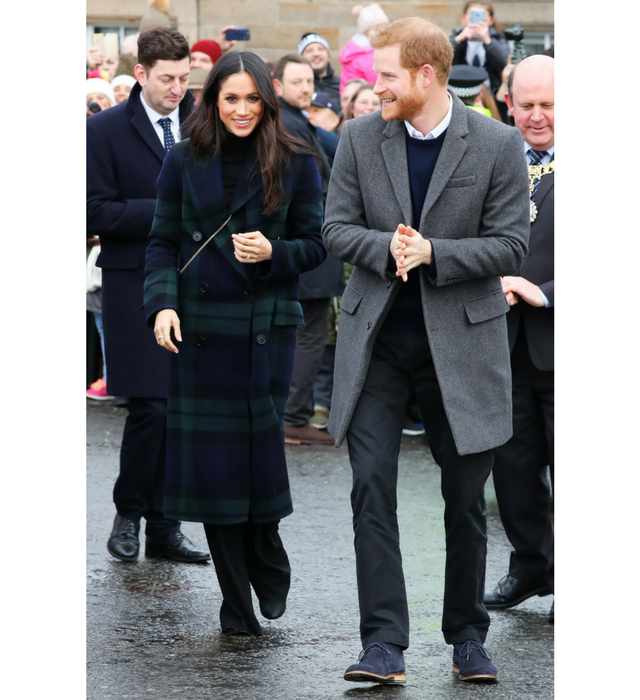 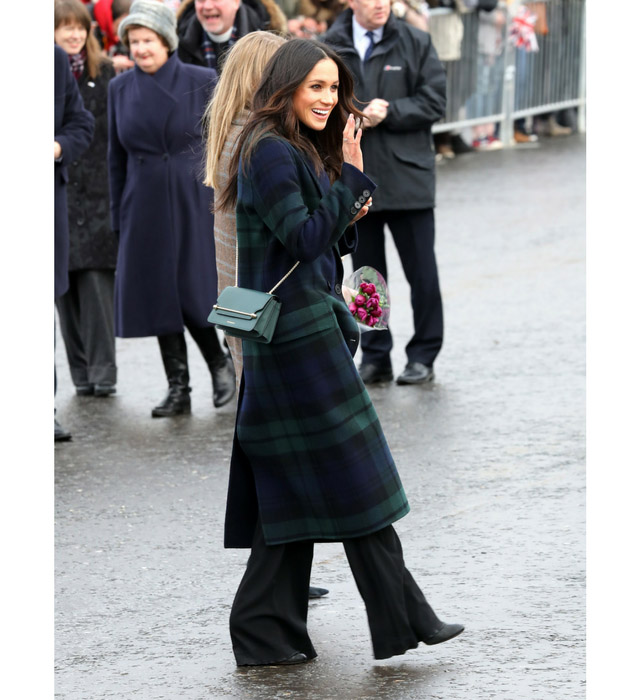 After greeting the public, the pair witnessed the firing of the One O’Clock Gun before visiting a cafe that helps the homeless and watching a performance by the Royal Marines Band Scotland. 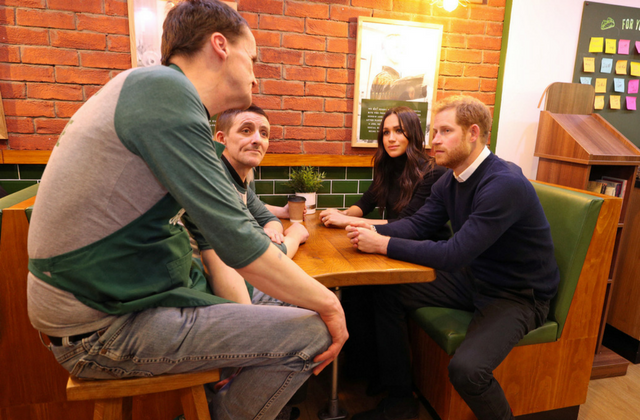 The pair then attended an evening reception at Holyrood Palace to celebrate the country’s Year of Young People initiative which aims to inspire change through Scotland’s up and coming generations, according to WWD. 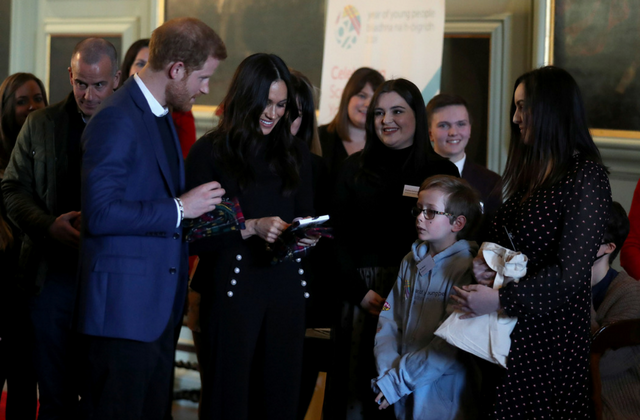 Now, find out what Scottish titles the pair is likely to be given on their wedding day.