The 2018 Grammy Awards: Winners and performances

See who scooped up the most awards at this year's ceremony...
January 29, 2018
Meeran Mekkaoui 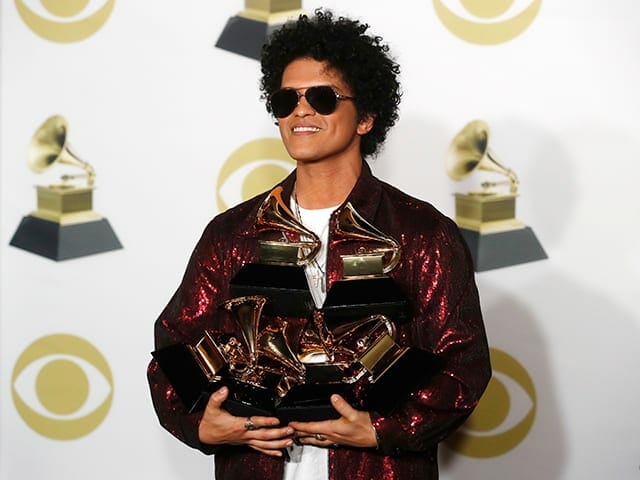 New York City gathered music's finest for an evening (or morning if you're in the Middle East) filled with surprises, performances and tributes. And the winners are...

Earlier this morning, we witnessed a stunning red carpet at the 60th annual Grammy Awards in New York City. Once the carpet was finished, the ceremony saw some highly anticipated performances by several of the industry’s top names including Lady Gaga, Pink, Luis Fonsi, Childish Gambino and Bruno Mars.

Highlights of the evening included Sam Smith’s emotional performance of his ballad Pray, Miley Cyrus and Elton John (who earlier this week announced that his upcoming world tour would be his last) performing a rendition of Tiny Dancer, and DJ Khaled making his Grammy’s stage debut as he performed alongside Rihanna for Wild Thoughts.

To support the Time’s Up movement and the music industry’s own initiative, called Voices in Entertainment, some stars were spotted wearing white roses on the red carpet. However, it was Kesha’s moving performance that completely embodied the #MeToo movement.

The pop singer wore an all-white ensemble for an emotional performance of her single Praying and was joined on stage by Cyndi Lauper, Camila Cabello, Andra Day, Julia Michaels, Bebe Rexha and the Resistance Revival Chorus, who were also dressed in all-white looks.

Take a look at some of the top moments here… 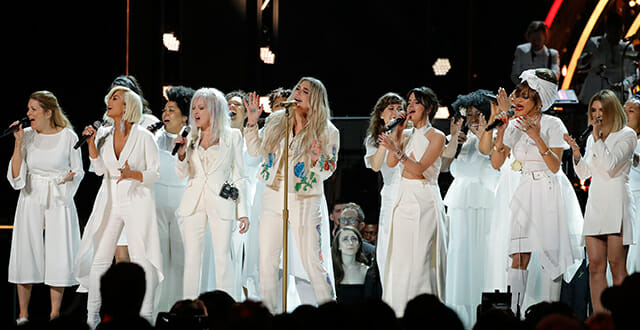 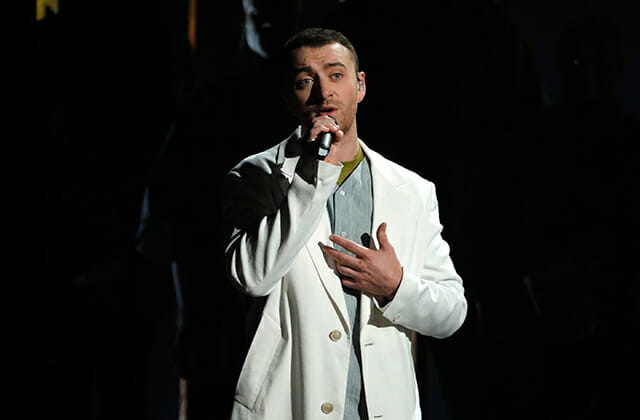 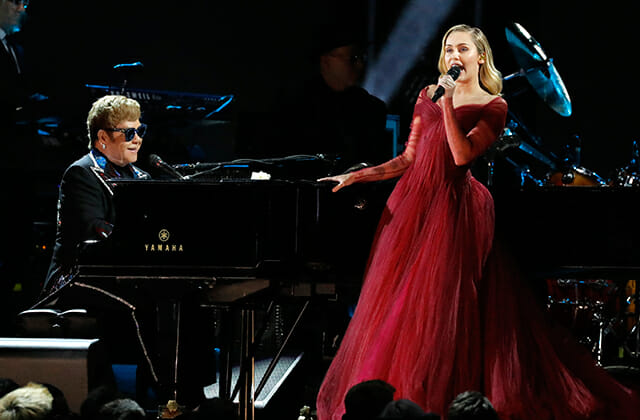 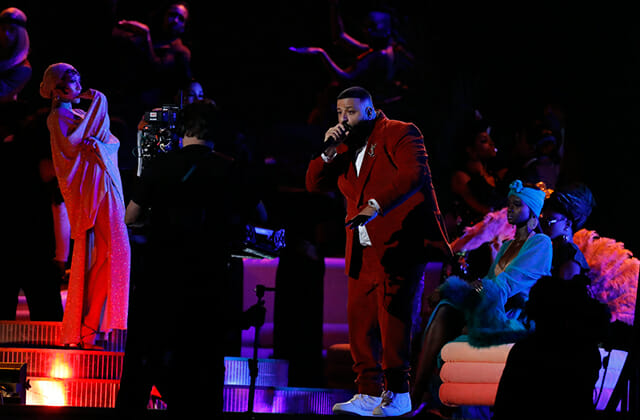 On the winners front, Bruno Mars was on top as he won all seven awards that he was nominated for: Album and Record of the Year, Best Engineered Album (Non-Classical) and Best R&B Album for 24K Magic and Song of the Year, Best R&B Performance and Best R&B Song for That’s What I Like. The second runner-up was Kendrick Lamar who scooped a total of five awards at this year’s ceremony.

There were also a few surprises at last night’s ceremony. Jay-Z, who was 2018’s most nominated artists (with eight in total), walked away empty-handed. Also, female artists were not strongly recognised as there was only one female award recipient — Alessia Cara took home the Best New Artist award — during the three-and-a-half hour broadcast.

In other music news, find out which musician is set to perform in Abu Dhabi next month.