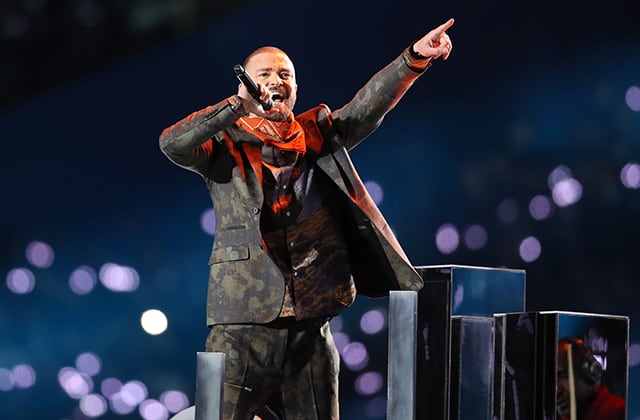 Justin Timberlake's 'Man of the Woods' tour kicked off earlier this week, and he brought Stella McCartney's sustainable fabrics on tour with him...

Earlier this year, Justin Timberlake announced that he was working on a new album, titled Man of the Woods, with a minute-long teaser trailer that sent the world into a frenzy of excitement (because this marks the first album from the artist in over four years).

This week, the musician began his 10 month-long tour to promote the new album and it has just been announced that British designer Stella McCartney is the creative vision behind the musician’s wardrobe. This comes as no surprise following their partnership during Timberlake’s performance at the 2018 Super Bowl (who also donned a custom-made Stella McCartney look).

Spanning over 42 cities within 10 months, the Man of the Woods tour will see Timberlake, his dancers and the 15-piece band decked out in McCartney’s pieces.

Expect to see Timberlake fronting a mixture of the brand’s F/W’18 menswear pieces (think Prince of Wales check bomber jacket, trenchcoats, combat trousers and retro tracksuits), as well as bespoke designs and items from his own closet,

According to WWD, “dancers will wear Martin Ridley wildlife prints themed to “Man of the Woods” on shirts, hoodies and T-shirts made of organic cotton. The 15-piece band will wear camo splatter printed blazers, bomber jackets, waistcoats and shirts.”