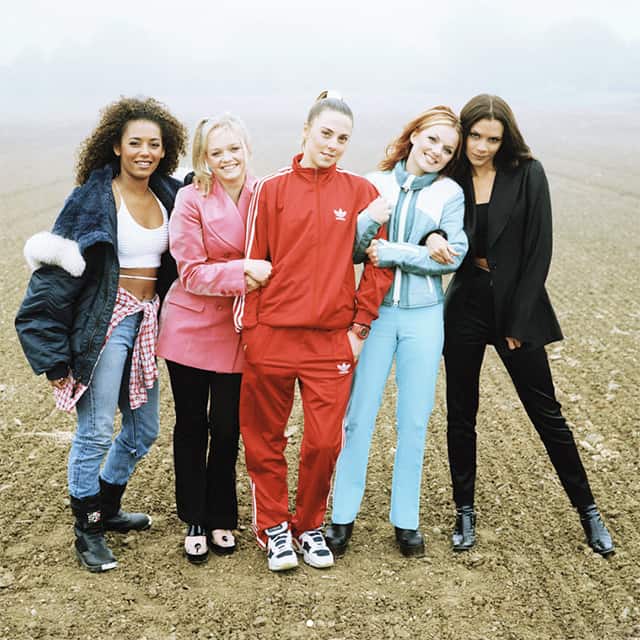 Will they, wont they? Are they, aren't they? The questions surrounding the Spice Girls' reunion continue today...

To say that the news of a Spice Girls reunion has been somewhat of a rollercoaster would be somewhat of an understatement. Since posing for a group shot in February, rumours have been rife that the Nineties girl band was reassembling, giving fans the world over a serious case of nostalgia.

However, since said photo there’s been numerous conflicting statements made by members of the band themselves. Victoria Beckham (who was first introduced to the world as Posh Spice) shut down rumours of a reunion tour just a week after she shared the photo, telling a reporter at NYFW, “I’m not going on tour. The girls aren’t going on tour.” So we thought that was the end of it.

Then Mel B (also known as Scary Spice) all-but confirmed the band was performing at the royal wedding which turned out to be entirely false as only Victoria was invited so we’re not really sure what she was getting at. Then it was announced that the group was reuniting to make another film, however it’s not a sequel to Spice World (#devastated) but rather an animated film focused on girl power. And THEN it was confirmed that all five members had signed on with their former manager leaving us to wonder what really was going to happen and honestly exhausted.

Now, Mel B is at it again appearing on The Today Show overnight and telling the panel, “I’m the only one that keeps on saying we’re going to be performing, which we are going to be performing. Finally, they’ve got it together. Yes.” When asked about the fact that Victoria has persistently shut down rumours of a reunion tour, Mel B said, “She’s always saying that. Stop it. We are touring. Should I have really said that out loud? Yes, we are going to be doing performances together for sure.”

Now, find out which music icon is being honoured with a new exhibition at the National Portrait Gallery.