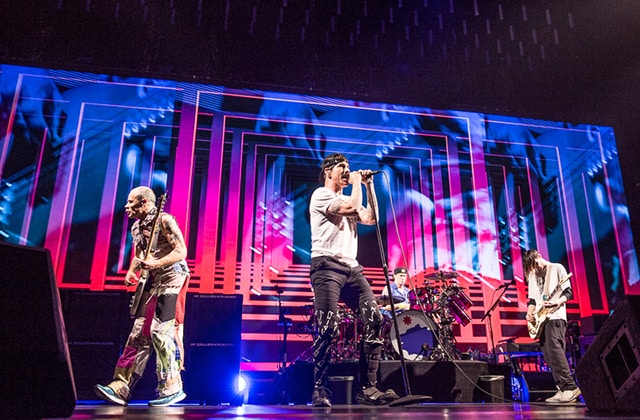 After several rumours spread that one of the greatest bands of all time are performing in the UAE, the news has officially been confirmed today...

Earlier this year, Red Hot Chili Peppers took their music to one of the world’s seven wonders and played for thousands at Egypt’s Great Pyramids of Giza. And ever since then, we were wondering when the legendary rock band would be making a comeback to the region.

Well now, we have good news folks, as the band are officially returning to the Middle East to perform at Abu Dhabi’s UFC 242 event on Yas Island.

After several rumours have sparked music enthusiasts across the region, organisers have officially confirmed that Red Hot Chili Peppers will be taking the stage on September 4th, 2019 — as part of the week-long Abu Dhabi Showdown week, which will lead up to the UFC 242 fight.

The news comes after a slew of performance announcements that are set to see The Killers, Travis Scott and Eminem perform in the capital.

You can now dream of Californication in the heart of the Middle East in two months time. We can’t wait!

No further details on where to get your tickets have been released, although we do know that prices start at Dhs250 and rise to Dhs995 for Platinum. Make sure to watch this space.

Until then, find out why Sharjah was named as one of the world’s top creative cities.