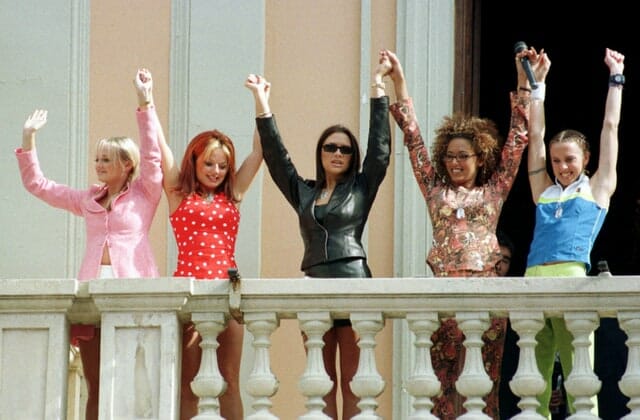 Ever wanted to see Posh's little Gucci dress in person? Well, you're in luck...

If you’ve been a fan of the Spice Girls since you were old enough to scream ‘girl power’ and do a peace sign whilst wearing pigtails and platform shoes, then you’ll be as thrilled as we are here at Buro HQ that a new exhibition dedicated to all things Spice is opening in London this weekend.

The group has made headlines several times this year with the are-they-aren’t-they-touring saga (which is seemingly still going if Mel B’s latest comments are anything to go by) however this latest announcement is by far the most exciting (and tangible). Alan Smith-Allison is the curator behind the exhibition which includes pieces from his own personal archives as well as those on loan from other private collections (including Liz West who holds the Guinness World Record for the world’s largest collection of Spice Girls items) and designers.

There’s 7,300 pieces on display — 7,000 of which is merchandise and 300 pieces of clothing and shoes, including the iconic Pepsi ensemble worn by Mel B, Geri Halliwell’s Union Jack boots and Victoria Beckham’s little Gucci dress.

Speaking to Vogue UK, West said of the band’s style, “They each dressed to suit themselves, showing a strong and confident set of female personalities that appealed to a wide and diverse audience. If you didn’t like how one girl dressed, there was a good chance you would like another.”

Oh, and did we mention the Spice Bus will be on site also?! And you’ll be able to go inside it for the first time ever?!

The Spice Up exhibition will begin in London on Saturday July 28 and run until August 20, before moving to Manchester from August 24 to September 4.

Until then, see Victoria Beckham’s first collection with Reebok.