SECOND PART OF ‘DUNE’ TO BE FILMED IN ABU DHABI 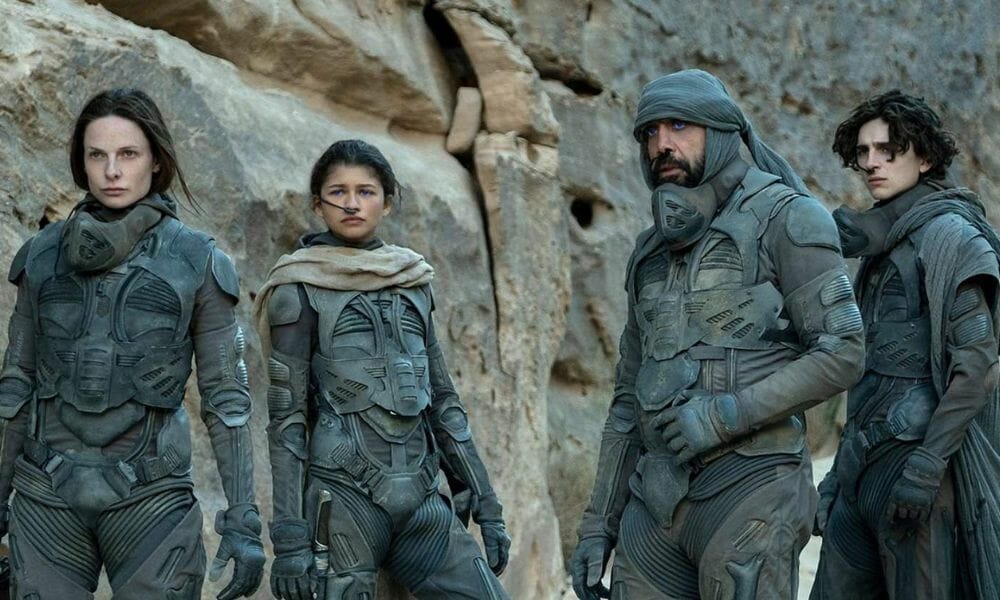 The high-profile cast is potentially making their way to the UAE’s capital for filming the 'Dune' sequel...

We’ve been eagerly waiting for the sequel to the Academy Award-winning smash Dune and although we haven’t received any details on a release date, we can confirm that the highly-anticipated sequel is already in the works.

The high-profile cast including Denis Villeneuve, Zendaya, Timothée Chalamet, Rebecca Ferguson and Javier Bardem are expected to return to the big screen and you’ll be able to see familiar landscapes in the backdrop. Later this year, the cast will be filming in Abu Dhabi’s Liwa Desert for a month, with a team of both local and international talent, supported by the Abu Dhabi Film Commission.

“Dune has again provided us with an exciting opportunity to associate the emirate with another global movie franchise which will allow us to entice enthusiastic fans and audience members to visit the landscapes which they have seen on screen,” said Chairman of the Department of Culture and Tourism – Abu Dhabi and twofour54 Abu Dhabi, Mohamed Khalifa Al-Mubarak, in a released statement. “In Abu Dhabi, we are fortunate to offer incredible architecture, landscapes and a unique culture that brings magic to the big screen. We hope that audiences around the world will get the chance to discover a whole new world in the Liwa desert.”

ALSO READ: HERE’S WHAT WE’RE WATCHING ON NETFLIX IN JULY.