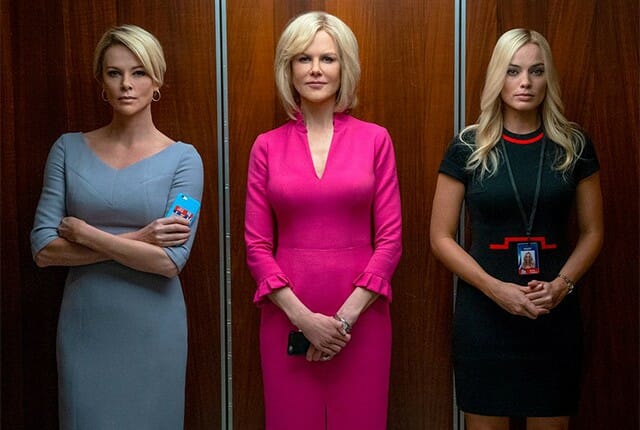 Three of Hollywood's biggest stars come together for a film based on a real scandal...

You know how they say a picture sums up 1000 words? Well, for the new Bombshell teaser trailer, words aren’t even necessary to highlight the extremely tense plot of the film. In just over one minute, only three words were said: “Hot in here”, and they were said by none other than Nicole Kidman (who plays Gretchen Carlson) in a new #MeToo-centric film, Bombshell.

Joined by fellow cast mates and award-winning nominees, Charlize Theron and Margot Robbie, the story of the film follows the real life scandal of Fox News‘ former chairman and CEO, Roger Ailes, and his downfall following the harassment suit Carlson filed against him.

Together in the teaser trailer, the women are captured in an elevator and though it offers little more than just all three women occupying the same (and very tense) elevator, it’s clear what the film is getting at.

The Bombshell film is scheduled for a December 20 release date.