GET READY FOR MORE ‘STRANGER THINGS’ 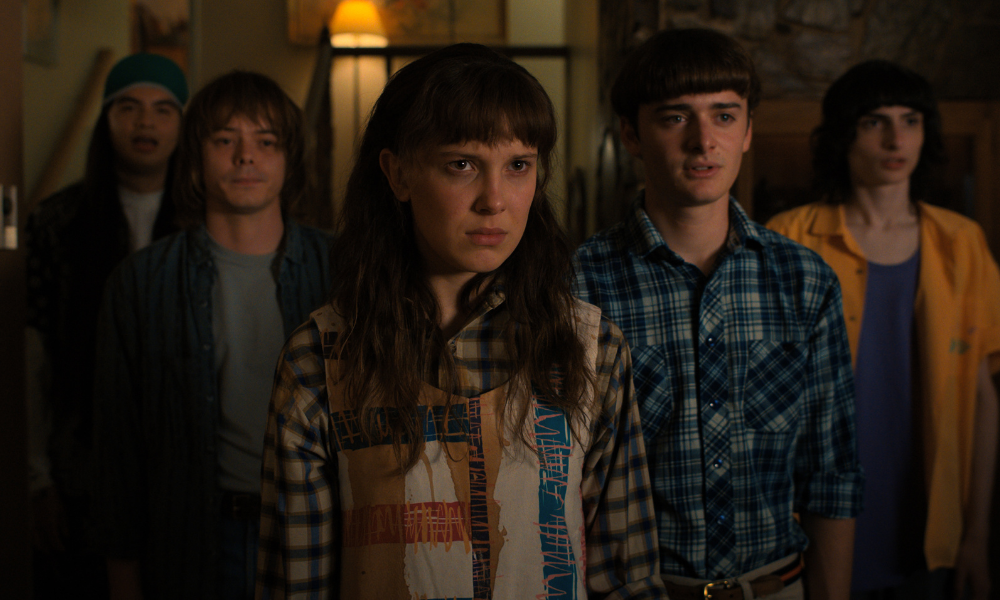 Days before the highly anticipated return of “Stranger Things,” Netflix has dropped a lengthy sneak peek of what to expect...

The supernatural phenomena Stranger Things has won the world over for its other-dimensional storyline, cast and cliff-hangers following every season and finally, we’re days away from season 4 of the smash-hit Netflix series. Set in the ’80s, the series focuses on various citizens of Hawkins, Ind. as they encounter a Demogorgon from a bizarre other dimension known as the Upside Down.

Whilst in previous seasons it was all about saving Hawkins, season 4 sees the cast splintered, with the Byers family and Eleven (Millie Bobby Brown) moving to California following the apparent death of police chief Jim Hopper (David Harbour). When a new threat from the Upside Down emerges, however, the Hawkins gang and the Byers family end up colliding paths to save the world.

Ahead of the highly anticipated return of season 4, Netflix dropped a lengthy sneak peek (the first 8 minutes of the season) of what to expect and all we can say is it gets more and more epic with every new season.

The first volume, launching on May 27, will consist of the bulk of the season, with seven of the nine episodes. The remaining two episodes will be released on July 1 as Volume 2 of the season.

ALSO READ: CANNES OFFICIALS PULL OUT ALL OF THE STOPS FOR TOM CRUISE.