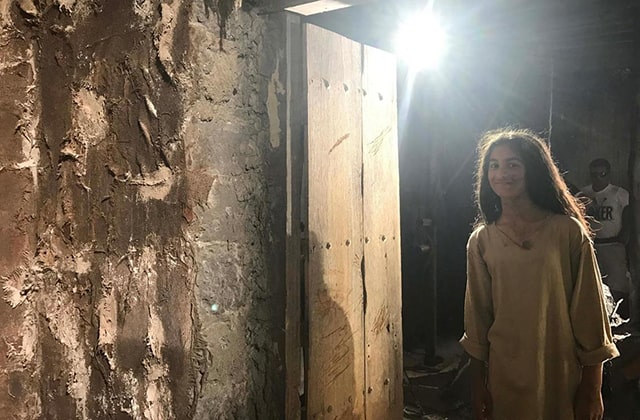 Middle Eastern talent is stealing the spotlight once again as a film from the region is making its debut at the Venice Film Festival...

During the 2019 Cannes Film Festival, a slew of regional films took over the big screen and following suit at the upcoming Venice Film Festival, it looks like it’ll be another proud moment for Arab cinema.

A fantasy film titled Scales (Sayidat Al Bahr in Arabic), was made in the UAE — more specifically by Image Nation Abu Dhabi — and directed by Saudi Arabian filmmaker Shahad Ameen, and it’s set to hit the big screen at the renowned Venice Film Festival next month.

The regional film (which follows the director’s award-winning short film Eye & Mermaid, which premiered at the 2013 Dubai International Film Festival) tells the story of a young girl named Hayat, who lives in a village that follows the tradition of sacrificing female children to mysterious sea creatures. When it comes to her time to be sacrificed, she decides to forge her own path.

Speaking of the film, Ameen said: “Scales tells a visceral story about growing up as a woman in a patriarchal society, offering an allegorical take on a universal theme that will resonate with audiences around the world. Relying on simple yet powerful storytelling, it is a very visual experience with minimal dialogue — maintaining a timeless, meditative aspect even in its action scenes. I want to immerse viewers in Hayat’s journey from her own point of view, letting them share in her experience as she finds her true self.”

This truly marks a momentous milestone for Arab cinema.

Until then, find out which one of our favourite TV shows is getting a reboot.